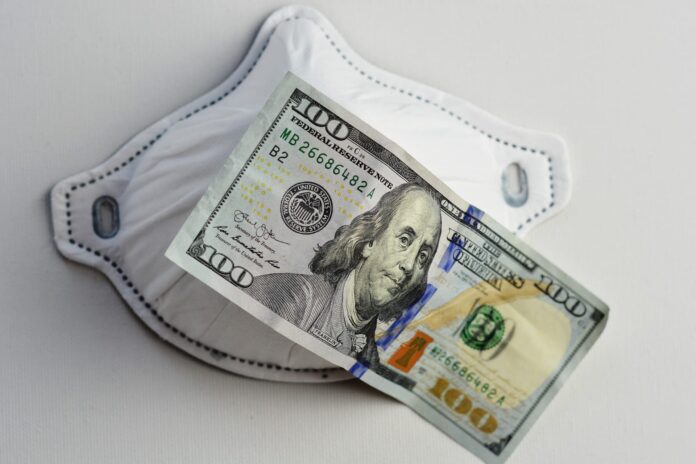 In response to the COVID-19 pandemic, Congress has made substantial financial support available for Federal Reserve lending programs. The Federal Reserve worked with the Department of the Treasury (Treasury) to establish programs that are supported by CARES Act funds. But the Government Accountability Office (GAO) says use of these programs has been limited and are at about 1% of lending capacity.

The Board of Governors of the Federal Reserve authorized 13 lending programs—known as facilities—to ensure the flow of credit to various parts of the economy affected by the COVID-19 pandemic. Nine of the 13 facilities are supported through Treasury funding appropriated under the CARES Act.

GAO found that as of November 15, 2020, the CARES Act facilities had used about $24 billion, or a little more than 1 percent, of the $1.95 trillion the Federal Reserve can back in transaction volume for these facilities. According to representatives from small business associations, banks, and state and local governments, the terms and conditions for some facilities are a deterrent for some potential participants. Further, some small businesses may prefer not to take on more debt. The Federal Reserve has continued to adjust some of the terms of its facilities, which are designed to function as backstops.

Corporate and municipal credit markets, which are targeted by certain facilities, have improved since the onset of the pandemic. For example, from March through September 2020, companies nearly doubled the amount of corporate bonds issued compared to the same period in 2019. However, state and local governments and small businesses continue to face financial challenges.

As of November 15, 2020, Treasury had committed $195 billion (of which it had disbursed $102.5 billion) of the $454 billion in CARES Act funds available to support the facilities. On November 19, 2020, the Treasury Secretary stated that his understanding of the congressional intent related to the facilities’ authority to purchase new assets or make new loans was for all CARES Act facilities to stop purchasing eligible assets or extending credit on December 31, 2020. As such, the Secretary requested that the Federal Reserve return unused funds from facilities that received CARES Act funding. On November 20, 2020, the Federal Reserve stated it would work with Treasury to return unused CARES Act funds.

The aviation industry is one of the industries that has been hit hard. The CARES Act authorized Treasury to provide up to $46 billion in loans to airlines and other aviation businesses including national security providers affected by the pandemic. The loan program had 267 applications and provided 35 loans worth $21.9 billion.

GAO found that Treasury prioritized applications from the largest passenger airlines—awarding seven loans for about $20.8 billion. However, the largest number of applications were from smaller carriers, ticket agents, and other businesses. GAO found these took longer to process and resulted in relatively few loans.

Treasury’s authority to make new loans under this program is set to expire in December 2020, and GAO says the loan program offers Congress and Treasury lessons for designing and implementing programs of this type in the future. For example, multiple programs, or multiple paths within a program, may better accommodate businesses of varied types and sizes. It is difficult to implement a program quickly for a wide range of businesses. In addition, a loan program well suited to large, financially sophisticated applicants will not likely be well suited to smaller businesses.

The watchdog adds that setting and communicating clear program goals could better align lender and borrower expectations. According to GAO’s report, “Treasury viewed itself as a lender of last resort but did not state this view in published documents. This omission led to some applicants being surprised by parts of the process, such as when Treasury encouraged over a third of all applicants to apply to another loan program before continuing to pursue a loan from Treasury.”

Communicating clear timelines for action would also help align lender and borrower expectations. GAO found the lack of a published timeline resulted in frustration among some applicants when loans were not made more quickly.

Ultimately, GAO found Treasury could have made greater use of expertise at the Departments of Transportation and Defense, or other entities in the aviation and national security industries to design the program and help communicate with eligible businesses.