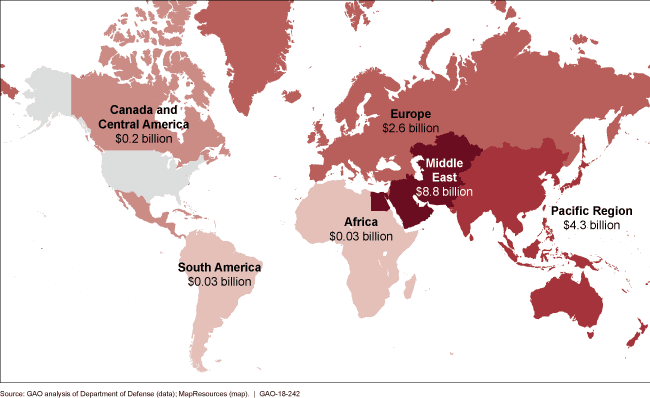 GAO has found that the Defense Department’s strategy of prioritizing the sale of defense equipment to foreign governments over recouping costs serves U.S. interests.

DoD sells billions of dollars of defense equipment through its foreign military sales program, and it is required to recoup certain costs for research, development and some one-off expenses.

Foreign governments can ask DoD to waive these costs, and the agency has granted $16 billion in waivers over the past six years to help sales go through. In its report, GAO agrees that these waivers serve U.S. interests, as they drive forward foreign military sales. Between 2012 through 2017, $8.8 billion in waivers were granted to the Middle East, $4.3 billion to the Pacific Region and $2.6 billion were approved to Europe.

It did find, however, that processing waiver reviews can be repetitive and laborious so to address this it recommends that the DSCA Director should continue to streamline the review process for nonrecurring waiver requests.