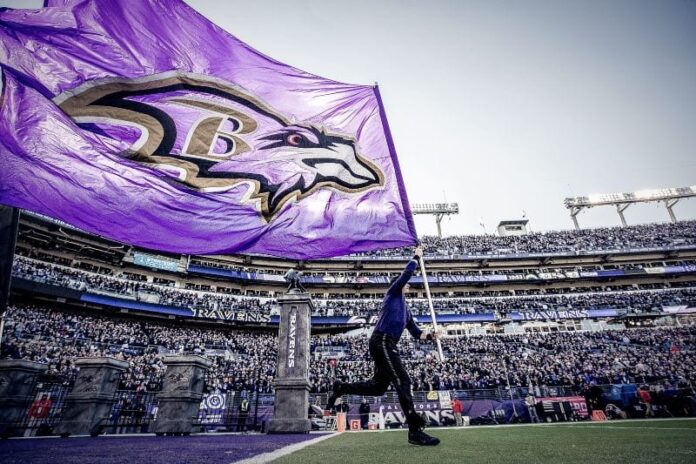 Leidos has teamed up with the two-time Super Bowl champions Baltimore Ravens to address the opioid public health crisis. The initiative, which launched during August 15’s preseason game against the Green Bay Packers, is all about benefiting Greater Baltimore, where Leidos is one of the largest employers, and helping the state of Maryland, which is home to nearly 7,000 Leidos employees.

Drug overdose claims roughly 190 American lives every day, making it more deadly than gun violence and automobile accidents. Drug overdose is also the leading cause of death for Americans under 50.

Maryland has the seventh-highest drug overdose mortality rate nationally behind West Virginia, Ohio, Pennsylvania, Kentucky, New Hampshire, and Delaware. Charm City itself is a hard-hit area. According to the Baltimore City Health Department, more than 90 percent of drug and alcohol-related deaths in the city are opioid-related. These numbers are important to Leidos because of its strong ties to the state. Roughly 20 percent of the company’s 33,000 employees call Maryland home, more than any other state except Virginia where the company is headquartered.

How does Leidos plan to help? For every tackle made by a Ravens defender, Leidos will donate $50 toward the purchase of drug disposal packets for Baltimore-area nonprofits to distribute in the community. For every interception and every fumble, it will donate $1,000. Leidos is also airing public service announcements featuring Tony Jefferson, who recorded 74 tackles last season, and organizing community events when opportunities arise.

The initiative started when Ravens President Dick Cass reached out to Leidos CEO and Chairman Roger Krone to pledge his support to fight opioid addiction. Cass is now one of more than 70 CEOs to sign the pledge. “The opioid epidemic has plagued our nation,” his email read, “and especially the region that we call home. We see the effects of it in our own backyard. We would like to offer our support for your efforts.”

Since 2017 Leidos has placed a strong emphasis on Maryland in its ongoing opioid campaign. For example, Maryland National Guard trucks distributed roughly 100,000 drug disposal packets, purchased by Leidos, from a distribution point at the Aberdeen Proving Ground to first responders and community organizations throughout the state.

One Leidos employee fully behind the company’s fight against opioids is Roxanne Wood, a Montgomery County resident who lost her son to heroin nearly four years ago. She now leads a group of mothers battling on the front lines of this crisis.

Leidos will continue with the “Tackling Opioid Initiative” throughout the season, but the partnership has other areas of focus as well. In October, Leidos will be active in the NFL’s Crucial Catch cancer awareness program, designed to promote early detection. In November, it will support the league’s Salute to Service campaign, designed to provide for U.S. service members and their families. “In a perfect world, other NFL teams will catch onto what we’re doing with the Tackling Opioid Addiction campaign,” Krone said. “If this campaign becomes on par with Crucial Catch and Salute to Service, we could be a huge catalyst for change.”