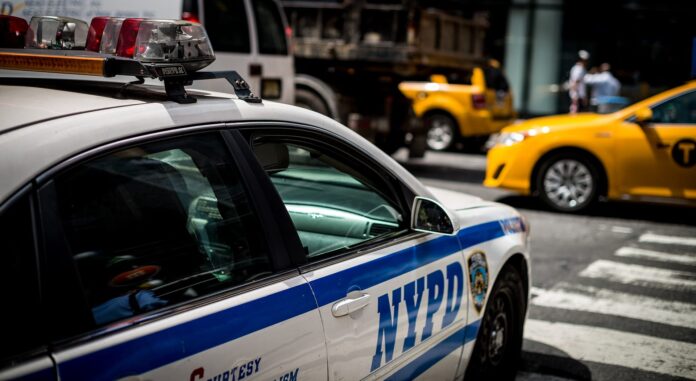 A criminal complaint was unsealed on September 21 in federal court in the Eastern District of New York charging Baimadajie Angwang, 33, a New York City Police Department officer and United States Army reservist, with acting as an illegal agent of the People’s Republic of China (PRC) as well as committing wire fraud, making false statements and obstructing an official proceeding. Angwang was arrested on September 21 in Williston Park, New York.

According to the publicly filed complaint and detention memorandum, Angwang, an ethnic Tibetan native of the PRC and naturalized U.S. citizen who resides in Williston Park, New York, is assigned to NYPD’s community affairs unit where, among other things, he serves as a liaison to the community served by the 111th Precinct.

Since at least 2014, Angwang acted at the direction and control of officials at the PRC Consulate in New York City. Specifically, Angwang reported on the activities of Chinese citizens in the New York area, spotted and assessed potential intelligence sources within the Tibetan community in New York and elsewhere, and provided PRC officials with access to senior NYPD officials through invitations to official events. One of the PRC Consular officials at whose direction Angwang acted worked for the “China Association for Preservation and Development of Tibetan Culture,” a division of the PRC’s United Front Work Department. This Department is responsible for, among other things, neutralizing potential opponents of the PRC and co-opting ethnic Chinese individuals living outside the PRC.

According to court documents, Angwang was explicit about his motivations, telling his PRC official handler that he wanted to get promoted within the NYPD so that he could assist the PRC and bring “glory to China.”  In addition, Angwang told his handler that the handler’s superiors in Beijing “should be happy . . . because you have stretched your reach into the police.”

In addition to acting as an illegal agent of the PRC, Angwang is also charged with committing wire fraud, making material false statements and obstructing an official proceeding.  As part of his employment with the U.S. Army Reserve, Angwang maintained a “SECRET”-level security clearance. According to court documents, in 2019, Angwang completed and electronically submitted an SF-86C form for a background investigation. On the form, Angwang lied by denying that he had contacts with a foreign government or its consulate and by denying that he had close and continuing contacts with foreign nationals, including his family members who live in the PRC, some of whom were affiliated with the People’s Liberation Army.

“State and local officials should be aware that they are not immune to the threat of Chinese espionage,” said Assistant Attorney General for National Security John C. Demers.  “According to the allegations, the Chinese government recruited and directed a U.S. citizen and member of our nation’s largest law enforcement department to further its intelligence gathering and repression of Chinese abroad. Our police departments provide for our public safety and are often the first line of defense against the national security threats our country faces. We will continue to work with our state and local partners to protect our nation’s great police departments.”

“The defendant is charged with violating his sworn oath as a New York City police officer to protect and serve the citizens of New York by instead reporting to PRC government officials about the activities of Chinese citizens in the New York area and developing intelligence sources within the Tibetan community in the United States,” stated Acting United States Attorney Seth D. DuCharme.

“The defendant allegedly violated the trust of his community and the New York City Police Department on behalf of a foreign power, the People’s Republic of China. This type of conduct simply cannot be tolerated,” said Alan E. Kohler, Jr., Assistant Director of the FBI’s Counterintelligence Division. “This case serves as yet another reminder that China represents the biggest counterintelligence threat to the United States and that the FBI and our partners will be aggressive in investigating and stopping such activities within our nation.”

“This is the definition of an insider threat – as alleged, Angwang operated on behalf of a foreign government; lied to gain his clearance, and used his position as an NYPD police officer to aid the Chinese government’s subversive and illegal attempts to recruit intelligence sources,” stated FBI Assistant Director-in-Charge of the New York Field Office William F. Sweeney.

“As alleged in this federal complaint, Baimadajie Angwang violated every oath he took in this country. One to the United States, another to the U.S. Army, and a third to this Police Department,” stated NYPD Commissioner Dermot F. Shea.  “From the earliest stages of this investigation, the NYPD’s Intelligence and Internal Affairs bureaus worked closely with the FBI’s Counterintelligence Division to make sure this individual would be brought to justice.”

If convicted, Angwang faces a maximum sentence of 55 years’ imprisonment. The government’s case is being handled by the Office’s National Security and Cybercrime Section.  Assistant U.S. Attorney Michael T. Keilty is in charge of the prosecution, with assistance from Trial Attorney Scott A. Claffee of the National Security Division’s Counterintelligence and Export Control Section.

Read the story at the Department of Justice