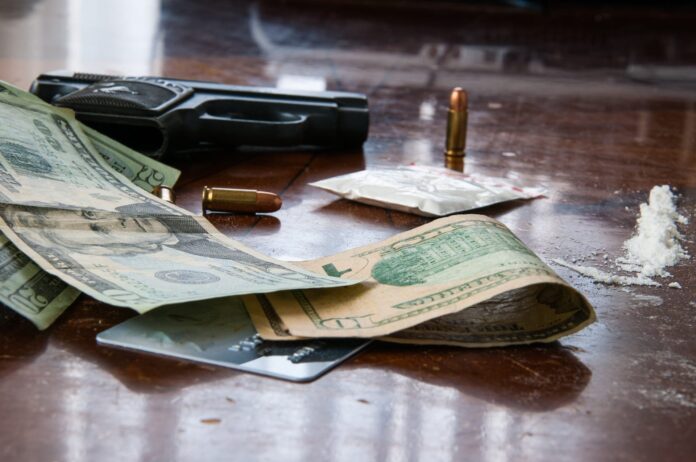 A complaint was unsealed on July 6 in the Eastern District of New York charging Bryant Espinoza Aguilar, the stepson of Sinaloa Cartel leader and notorious fugitive Rafael Caro Quintero, with conspiring to commit violations of the Kingpin Act, an economic sanctions program against narcotics traffickers that is administered and enforced by the Office of Foreign Assets Control (OFAC) of the U.S. Department of Treasury.

Specifically, Espinoza Aguilar is charged with assisting Caro Quintero and his common law wife by putting their assets in his own name, thereby violating OFAC’s prohibition on U.S. Citizens from conducting financial transactions with specially designated narcotics traffickers.

On August 9, 2013, a Mexican tribunal ruled that Caro Quintero could be released from custody because he had been tried improperly in a federal tribunal, rather than a state tribunal. The Mexican tribunal’s finding was later overturned, but Caro Quintero remains at large as a fugitive from Mexican and U.S. justice.

The complaint charges Espinoza Aguilar transferred property owned by his mother into his own name and bribed a public official to change the name of the property’s owner on public registry documents to protect the property from being restrained as a result of his mother’s OFAC designation.

“On February 7, 1985, DEA was forever changed when Special Agent Enrique “Kiki” Camarena was kidnapped, tortured, and murdered in Guadalajara, Mexico,” said DEA Acting Administrator Shea. “We will never forget his sacrifice and remain steadfast in our pursuit of the man responsible for his death, Rafael Caro Quintero, and those that continue to protect and enable his criminal activities. Let today’s action be a clear message to Caro Quintero, his family, and his criminal associates — we will stop at nothing in our pursuit for justice for SA Camarena.”

“As alleged, the defendant acted as a straw man to protect property purchased with the illicit, blood-stained proceeds of his stepfather’s drug trafficking empire from being seized by the government,” said U.S. Attorney Donoghue. “This Office and our partners at the Drug Enforcement Administration are using every legal measure at our disposal to hold accountable those enablers of Caro Quintero and bring them to justice.” Mr. Donoghue expressed his grateful appreciation to the DEA’s Raleigh Division Office for its assistance on the case.

“While his stepfather, a Sinaloa Cartel leader, was specially designated by OFAC as a narcotics trafficker twenty years ago, Espinoza Aguilar is alleged to have violated the Kingpin Act by transferring his stepfather’s assets into his name, seeking to evade the sanctions program,” said HSI Special Agent-in-Charge Fitzhugh. “HSI’s partnership with the DEA and its Strike Force is one in which collaboration is key, and will continue to focus on arresting those who pursue ways to circumvent the law and hide their criminal acts.”

“I commend the dedicated teamwork of the New York Strike Force which was instrumental in working to bring this suspect to justice. This defendant attempted to protect and hide the profits of dangerous narcotics that were our communities, profits made at the expense of the safety of our communities. We will continue to be vigilant in working together with our law enforcement partners to keep our neighborhoods safe, to keep harmful narcotics off our streets and those who commit these types of crimes, or protect those who do, are held accountable,” said NYSP Superintendent Corlett.

“This case is another example of our joint responsibilities to eradicate international drug trafficking. Our NYPD detectives, and state and local partners, stop at nothing to stem the flow of illegal narcotics,” said NYPD Commissioner Shea.

The charges in the complaint are allegations, and the defendant is presumed innocent unless and until proven guilty.

The government’s case is being handled by the U.S. Attorney’s Office’s International Narcotics and Money Laundering Section. Assistant United States Attorneys Michael Robotti and Erin Reid are in charge of the prosecution.

Read more at the DEA