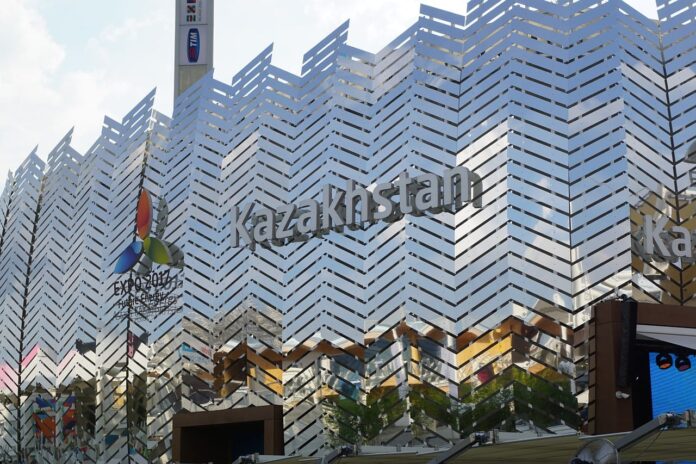 It was truly an honor for me to be appointed the first Chief Commercialization Officer in the U.S. and serve two presidents of different political parties (somewhat still unconventional and highly recommended). Both President George W. Bush and President Barack H. Obama could not have given me more encouragement and support to create a “commercialization mindset” in the U.S. government – knowing that being a change agent is very difficult, but necessary. While often difficult, being a change agent can also be quite rewarding, as was my experience. Using the Department of Homeland Security (DHS) as a test-bed for innovative public-private partnerships, we demonstrated time and again how it was in fact possible to rapidly develop products and services to meet detailed operational requirements and CONOPS (Concept of Operations) through groundbreaking programs like the SECURE program. See Reference 1 for several useful tools and materials.

Having left government service several years ago to go back to the private sector, I have had the good fortune to travel extensively around the globe and observe firsthand some innovative programs to spur on commercialization in order to create future economic prosperity for other countries. To put it simply, the U.S. government can learn some valuable lessons from some highlighted programs I have been proud to monitor or influence since leaving government. I sincerely believed, like most, that the government was the unquestioned leader in the commercialization of technology – but that is no longer a valid assumption or absolute.

I will attempt to distinguish the three basic phases of technology development and explain current areas that the U.S. government needs to examine from our friends and colleagues around the world—in places one would not normally associate with creative, cost-effective commercialization programs. My goal is to expose two programs that I believe can focus attention on some of the deficiencies often discussed regarding the government’s attempt at creating economic prosperity through technology development. While albeit smaller programs, these examples demonstrate that, if planned carefully, much can be gained in executing well-managed commercialization programs – even at far lower budgets than normally seen with government programs. As an old saying goes: “You have to be smarter when you have less money!” We can still do better in the U.S. in rapidly commercializing  technology to add to our long-term prosperity – and, at the same time, save taxpayer money – by being wiser on how we deploy resources and personnel to develop an “intense commercialization mindset” that has the potential to create greater economic value to a given country or region. Let’s be open to learning from two example programs that do just that.

Before I delineate two international commercialization program examples that could elicit discussion among U.S. officials, I think it’s important to briefly discuss the three major phases of technology development and current leadership standings across the globe. At one time, it could be convincingly argued that the U.S. was dominant in all three areas – but that is not necessarily the case today. The U.S. still dominates, in my view, two of the areas, but has lost ground in the third, and albeit most essential area, for long-term economic prosperity.

Technology development can be broken down into three phases: invention, innovation and commercialization. Regarding invention, I believe it fair to say that the U.S. still dominates this area, if for no other reason than most countries around the world send their brightest and most promising students to U.S. universities and colleges, where much of our research emanates. These countries would not make these investments in people if they did not believe the U.S. provided leadership in research/invention. In addition, the U.S. consistently ranks high in value-added patents and trade secrets around the globe.

In regards to innovation, defined here as the “first demonstration/application of an invention,” the U.S. continues to dominate, but countries around the world are in pursuit as this often is an intermediary stage on the pathway toward commercialization, defined here as “the creation or recognition of a market and the development of a solution to meet the unsatisfied needs of the market.” Again, I believe it fair to state that the U.S. still leads here, but one needs to recognize that other countries are pursuing innovation to enable ultimate commercialization, as will be demonstrated shortly. It should be noted that innovation often occurs in universities or the private sector in response to grants (like SBIR program, etc.) but most often does not lead to commercialization.

Finally, for the reasons stated previously, it is no longer an absolute or given that the U.S. dominates the world of commercialization. There are volumes literally written on how several countries around the world have created focused efforts between government and the private sector to bring about transformational changes to economies. When you think about it, it is COMMERCIALIZATION that creates ultimate prosperity for a region or country – as this leads to the creation or satisfaction of markets that, when done properly, can amass large economic wealth. There are many examples seen around the globe of how commercialization of technology has resulted in the uplifting of the quality of life in places like China, South Korea, Vietnam and elsewhere. A real-world example of the problem for the U.S. was demonstrated in my participation on a team of persons tasked directly by President Obama on the lack of economic benefit from the U.S. at that time spending approximately $117 billion per year in R&D on advanced manufacturing over about a 10-year period, with a corresponding trade deficit in that area of over $80 billion per year. Our “National Strategy for Advanced Manufacturing” report in 2012 showed that the vast majority of money spent by U.S. agencies was in research, not commercialization, whereas other countries invested in commercialization. It was clear to me at the time that the TRL (Technology Readiness Level) and MRL (Manufacturing Readiness Level) were usually quite low and the significant overlap between where agencies were spending money was non-productive and contributed to the “stove-pipe mentality” often seen in government, when efforts are not properly managed across government.

With the above as background, I’d like to share two examples of programs in other parts of the world that have demonstrated that it is possible for government to design, monitor and encourage the commercialization of technology. First, we will examine a program called FPIP (“Fostering Productive Innovation Project”) that was made possible in Kazakhstan through a World Bank loan. See Reference 2 for links and materials related to this program.

The major emphasis of this program is to produce pated technologies/products/methods that address not only local markets, but worldwide markets. Key to the success of the program is the incorporation of an independent, global ICSB (International Commercialization and Science Board) that makes regular recommendations to the World Bank and government officials in Kazakhstan to introduce training sessions and materials/tools to enhance the projects’ effectiveness. In addition the ICSB, composed of technology and commercialization experts from around the globe, frequently monitor programs in progress to ensure they stay on track, as well as evaluate all proposals. In addition, commercialization brokers are assigned to every project to ensure that concrete steps are taken to generate sales during the 3-year lifespan of the project. The ICSB, as well as the PMU (Program Management Unit), ensure compliance to the program and aid recipients in acquiring equipment, office/lab space, etc.

The second program that is getting a lot of attention these days is associated with the   country of Uzbekistan. Rapid development of its 2035 strategic plan is underway, initiated by the new president and government of this country, which established a new Ministry of Innovative Development. It appears that Uzbekistan is well-poised to execute its 2035 plan through its new Ministry. It is impressive that the new Ministry has rapidly established a new funding mechanism of grants whereby strategically focused, product-oriented grant competition calls (versus previous initiative grants submitted on the sole desire and discretion of research groups for 3- to 5-year programs) are being announced on a regular basis (http://mininnovation.uz/uz/competitions). This provides flexibility for the scientific research community to participate in many research grant calls throughout the year. As grant calls are now product-oriented, better opportunity exists to increase the commercialization potential of a given project, rather than simply a “stack of paper” of unfinished results, as previously observed. Moreover, the Ministry is driving toward the rapid integration of science and industry, which requires a lot of discussion and strategic planning with many stakeholders, but it is worth the effort.

See Reference 3 on how this country has adopted a strategic view of commercialization based on the needs of its country, articulated in a well-thought strategic plan. Expect to see more and more about their partnerships and rapid commercialization initiatives.

In summary, my goal was to demonstrate that commercialization just does not occur as a “fallout” of research or innovation, but a deliberate result of thorough planning, constant monitoring of programs and refinements in programs to spur on the economic growth a country desires or needs. The U.S. would do well to examine these top global programs to learn how “to do more with less” and embrace the concept of outside monitoring by specialists or experts in various disciplines, coupled with commercialization experts from the private sector. It’s not, in the final analysis, what is spent, but how well a program is managed and executed to yield tangible results for a given country’s economy.

I would like to take this opportunity to thank the many people I was privileged to work with at the White House and the Department of Homeland Security, as well as throughout the U.S. government. In addition, I want to also acknowledge all the truly talented people I worked with (and continue to work with) throughout the globe on the commercialization of technologies.