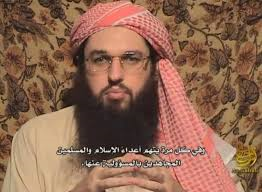 On April 23, 2015 the White House announced Adam Gadahn, the first American to be charged with treason since World War II and the man known as Al Qaeda’s American spokesman, had been killed inadvertently in a US drone attack in January in the Afghanistan-Pakistan border region.

It seems inconceivable that 35 years ago in California, a little-known Jewish psychedelic musician, himself the son of a prominent Zionist doctor, and his wife brought into the world a son, Adam Pearlman, who would become one of America’s most notorious traitors in the war on terror.

In 2004, at age 26, Gadahn made it to the FBI’s most wanted list. He trained in Afghanistan terrorist camps and was asked by 9/11 mastermind Khalid Sheik Muhammad to join a plot for a suicide attack outside Baltimore. A sealed indictment on September 8, 2006 accused Gadahn, aka Al Qaeda operative "Azzam the American," of helping the terror organization with communications and propaganda, serving as its English translator and providing it with information about American culture and vulnerabilities. The following month, the US government formally announced treason charges against him.

Adam Pearlman’s parents converted to Christianityand took the last name Gadahn. Adam’s first contact with Islam came when his father sold meat he’d slaughtered to Muslim halal markets. As a pimply, head-banging 17-year-old, Adam embraced Islam at an Orange County mosque. Until the summer of 2006, the University of Southern California’s (USC) Muslim Student Association’s online compendium of Muslim texts included an essay by "Adam Pearlman," titled, Becoming Muslim. In it he stated, "Having been around Muslims in my formative years, I knew well that they were not the bloodthirsty, barbaric terrorists that the news media and the televangelists paint them to be."

His first Al Qaeda video appearance was in October 2004; a masked Gadahn declared, "Allah willing, the streets of America will run red with blood." In his next video, which aired on Al Jazeera on September 12, 2005, he explained, again masked, that Al Qaeda’s numerous post-9/11 audio and video recordings communiqués had been “released to explain and propound the nature and goals of the worldwide jihad against America and the Crusaders and convey our legitimate demands."

Both Gadahn’s knowledge of American culture and his media skills played a significant role in the development of As Sahab, the Al Qaeda media company — he was one of its key officials. He also laid the groundwork for other homegrown terrorists and for the use of the Internet for cyber jihad. High-ranking members of the Al Qaeda leadership – even leader Ayman Al Zawahiri – told Americans to listen to his words.

In his next video appearance on July 8, 2006, Gadahn, unmasked for the first time, warned, alongside footage of 7/7 London suicide bomber Shehzad Tanweer and of Al Zawahiri, "When we bomb their cities and civilians …  no sane Muslim should shed tears for them." In a subsequent video released on January 6, 2008, Gadahn renounced his US citizenship as he ripped up his passport.

From 2004 onward, Gadahn starred in nearly two dozen Al Qaeda videos; producing, narrating and providing graphics for many more. In most of his appearances, he was seated at a desk, usually with a computer and a rifle; in 12 years, he appeared outdoors only once. Most of his early videos were in English, but over time he began speaking in Arabic.

While some government and counterterrorism analysts have debated Gadahn’s importance, the fact is he was a trailblazer in inspiring and helping to recruit American youth to join Al Qaeda. No other Westerner, let alone American, was ever as close to the leadership of Al Qaeda, including its late leader, Osama Bin Laden, current leader Al Zawahiri, and even 9/11 mastermind Khalid Sheik Mohammad.

Gadahn’s importance within Al Qaeda was confirmed by the May 2012 release of the Abbottabad, Pakistan documents found in the May 2011 raid on Bin Laden’s compound — the documents revealed he’d been one of the few people in contact with Bin Laden, and had actively advised him before his death. One document, a 21-page letter, was filled with both media advice and general advice about the future of Al Qaeda and the direction it should take with respect to its affiliates and their actions.

Not only did Gadahn help Al Qaeda reach a wider audience, but his appeal to prospective recruits resonated with those seeking a direction and attracted to radical Islam. His personal story showed that anyone in the West, even the grandson of a Jewish Zionist doctor, could become a global jihad leader. In particular, he was influential among the American converts with little Arabic who comprise some of the increasing number of Westerners joining and pledging loyalty to Al Qaeda and, now, to ISIS. His recordings have been found on the computers of many Westerners arrested on terrorism charges.

Beginning in 2010, Gadahn, now living under the alias Abu Suhail, regularly provided articles and interviews to Inspire, Al Qaeda in the Arabian Peninsula’s (AQAP’s) English-language magazine for jihadis in the West, reaching an entire new generation of recruits.

Gadahn last surfaced in October 2014 in the inaugural issue of Resurgence magazine – the Al Qaeda media company As Sahab’s English-language mouthpiece for the recently formed Al Qaeda in the Indian Subcontinent (AQIS). In the cover story, Besiege Them! he called for the establishment of the Caliphate and focused on economic tactics for combatting the West, concluding with a call to Muslims worldwide to wage jihad and warning the West that Al Qaeda’s war on it has only begun.

The killing of Adam Gadahn is a significant blow to Al Qaeda. This is because he was a big part of Al Qaeda’s media outreach efforts, in particular its outreach to potential Western recruits. Following the emergence of ISIS and its proficiency at producing English-language content, including online magazines and videos and distributing them via social networks – efforts which far surpassed Al Qaeda’s – Gadahn’s death will increase the already significant gap in the rivalry between the two organizations. However, like Osama Bin Laden and Yemeni-American sheikh Anwar Al Awlaki, his legacy will live on — on YouTube and other social media platforms and outlets where his videos are viewed every day by the increasing numbers of Westerners turning to jihad.

Steven Stalinsky is executive director of The Middle East Media Research Institute, and author of the upcoming book, American Traitor – Inside the Mind of Adam Gadahn: Al Qaeda’s US Born Leader.