As the 23rd Secretary of the Air Force — only the second woman to lead a U.S. military service — and a successful business leader, Deborah Lee James reveals in her book, Aim High: Chart Your Course and Find Success, a formula for success, using challenges to grow stronger, and staying true to herself and her goals. Earlier in her career, James was a senior executive at defense giant SAIC, where she led a $2 billion enterprise during a time of enormous change within the company. Ultimately, her three-part strategy has allowed her to thrive as a leader in government and business, and as a mother and wife. James spoke with HSToday as part of a women’s leadership series sponsored by Women in Homeland Security in honor of Women’s History Month.

HSToday: You have a chapter in your book called “Becoming SECAF.” In nearly all of our Women in Homeland Security events we ask women about their journey to leadership — tell us more about your tremendous journey.

Deborah Lee James: Like many professionals, my journey has been a series of ups and downs, zigs and zags. My original dream, which was to be a diplomat in the foreign service, did not work out for me. I was devastated and needed to pivot to “Plan B” as quickly as possible. That Plan B turned out to be as a program analyst in the Department of the Army — a job that exposed me to the U.S. military for the first time. That first job led to the second, which led to the third. And 35 years later I became the 23rd Secretary of the Air Force, the second woman to ever lead a military service in the U.S. And it all started with what seemed like a great big failure. Sometimes, Plan B can set you on the best path of all!

HSToday: So was your plan to become SECAF? And if not, what WAS your plan? 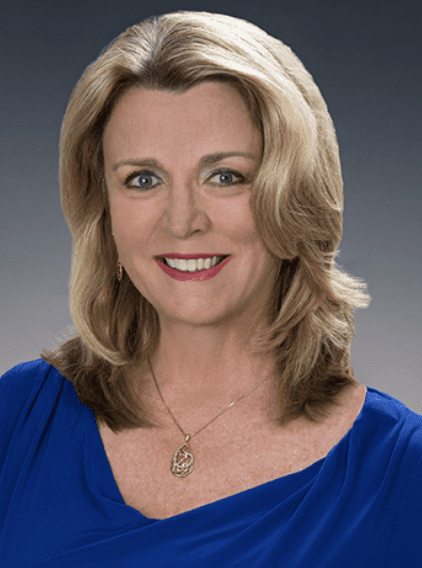 Deborah Lee James: Absolutely not. At the time the Air Force opportunity came my way, I was a senior executive at SAIC, a government technology services and solutions contractor. It was an exciting time at the company; I was very involved with many of the top issues of the day. My plan was to continue working there and perhaps retire 5 years down the line. But then the offer to return to government came and I was faced with a dilemma. Should I leave a job where I was happy and comfortable and risk stepping back into a divisive political environment? What about the pay cut? I had a lot of soul searching to do. But at the end of the day, I took the leap of faith and I’m so glad that I did.

HSToday: How did you deal with setbacks? Many people don’t see setbacks as zigzags but more as failures. How do you view career detours?

Deborah Lee James: Today, I am grateful for the zigzags of life because as one door closed for me, another always opened. Whenever you face a setback, failure or tragedy, I think it’s important to take some time to grieve, but get back on your feet again as quickly as possible. You need to look for the positive lessons learned or the positive aspects in every negative experience. You can always find them if you look with intention.

HSToday: Who was your most powerful mentor? How did they help?

Deborah Lee James: The best mentors not only offer valuable feedback and advice, they also open doors or make connections for you that you might not be able to make for yourself. My first boss at the Army opened such a door for me by introducing me to the House Armed Services Committee.This turned into a 10-year stint as a professional staff member — it’s the job where I became very knowledgeable about defense budgets and military personnel policy. My second boss — the Committee Staff Director — was my second great boss. Even when we no longer worked together, we always kept in touch. Twenty years after I first met him, we were having lunch. Shortly afterward, he introduced me to his new company: SAIC. Thanks to his introductions and contacts, I joined the company, spent 12 years learning business and eventually rose to be the president of a $2 billion P&L.

HSToday: Did you ever stop evolving and learning?

Deborah Lee James: Never. I believe deeply that if your learning stagnates, so will you. Whether it’s learning a new discipline within business or taking a short course at a university, or reading about a new technology, or burnishing your communication or technical skills, those who lead lives of lifelong learning tend to have the advantage in life.

HSToday: You have an entire chapter on ethical behavior. Why is that so important?

Deborah Lee James: At the end of the day, all you have is your own good name and the good name of your organization. Don’t ever squander them. I have witnessed others cut corners on ethical behavior — it never turns out well for anyone involved.

HSToday: You talk a lot about your people and putting them first. How did you cope with subpar performers and their impact on the team?

Deborah Lee James: It’s important that everyone get an opportunity to succeed. One of the responsibilities of a leader is to coach in a situational way. By this, I mean that some need more coaching than others; some need more oversight and direction than others. With that said, after putting in the requisite time and counseling, if an individual still cannot perform, it’s best to help find him/her a new assignment. It’s demoralizing to everyone else if a subpar performer is not dealt with. And, in all likelihood, the individual in question is not happy failing, either.

HSToday: How do you lead a “full life” beyond work?

HSToday: You present several case studies in your book — which one is your favorite and why?

Deborah Lee James: When I was three weeks old in the job as Secretary of the Air Force, we were hit with a scandal in the nuclear enterprise. How we worked through it, understood the root causes of the problem, and began to make positive changes on a go-forward basis was a major early test in leadership for me. It allowed me to put my five-step problem-solving process into play on a very high-stakes matter. The five step process is: 1) investigate, 2) communicate, 3) activate, 4) iterate and 5) follow up.

HSToday: What would you say to the next SECAF?

Deborah Lee James: Strategy, technology, organizational constructs and budgets are all very important. But the most important factor you must deal with is people. If you can get the people part of the equation right, the rest will more likely fall into place. And in addition to receiving briefings from senior officials in the Pentagon, make sure that you travel and hear from airmen at all levels. The points of view you get from the field are invaluable.