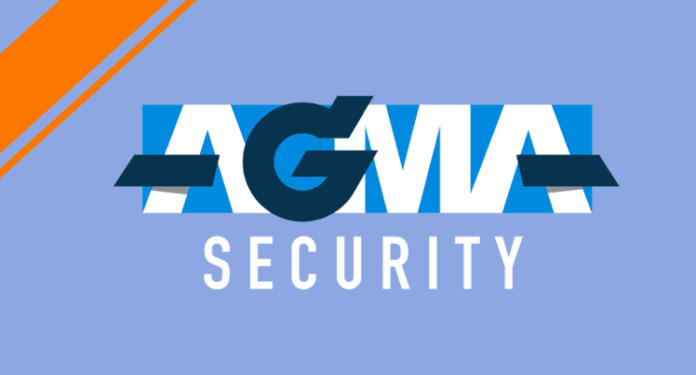 AGMA challenged a modification, issued on March 25, 2020 and valued at $4.7 million, to COGAR’s existing contract for PSO services. The modification extends from April 1, 2020, to March 21, 2021, the 5-year contract that initially was awarded to COGAR on April 2, 2014, under request for proposals (RFP).

This modification followed the issuance of an RFP by DHS on May 2, 2019, seeking proposals from participants in the Small Business Administration’s (SBA) section 8(a) program to provide PSO services.  After reviewing proposals from multiple offerors, including AGMA, DHS announced that it had selected Diversified Protection Corporation for award.  A competitor then submitted a protest challenging Diversified’s eligibility for award as a small business, after which the SBA ruled that Diversified was not eligible for award.

In response to the SBA ruling, DHS canceled the award to Diversified, and stated that it would reevaluate the remaining proposals and select a new awardee.  However, on January 16, 2020, DHS notified the offerors that the RFP had been canceled, and a new RFP would be “released in the future.”

On February 20, the contracting officer prepared a sole-source justification and approval (J&A) document to extend COGAR’s contract for one year. On the evening of March 25, DHS posted a notice on the website at beta.SAM.gov, stating that DHS “intends to issue a sole source extension of up to twelve months to the current ordering period of an existing indefinite delivery/indefinite quantity type contract” with COGAR.

On April 2, DHS issued a modification to COGAR’s contract that extended the term of the contract to March 31, 2021, increased the maximum value of the contract by $4.7 million, and increased the contract’s hourly labor rate.  The following day, DHS posted a redacted copy of the J&A on beta.SAM.gov.  AGMA filed this protest on April 7, 12 days afterwards, passing the 10 day mark needed in order for the protest to be considered.

AGMA contended that the protest was timely because until DHS released the J&A, AGMA lacked sufficient information about DHS’s actions to file a protest.  AGMA also contends that the March 25 notice that the agency intended to extend COGAR’s contract “surely carries little weight” because it contradicted DHS’s earlier statements that the agency would conduct a competitive procurement.

In the discussion of the protest, Thomas H. Armstrong, General Counsel responded:

“We disagree with AGMA that it lacked the information necessary to file this protest until DHS posted the redacted J&A.  All of AGMA’s arguments challenge the decision to initiate a sole-source contracting action with COGAR on the basis that it was the only firm able to provide PSO services for the coming year.  The intention to take that action and the legal rationale–that there was only one responsible source–were both apparent from the March 25 notice.  AGMA thus knew or should have known that DHS believed that COGAR was the only responsible source, while AGMA believed that it could also meet DHS’s requirements had a basis to challenge the agency’s rationale. Similarly, AGMA knew that DHS intended to extend COGAR’s contract, while AGMA believed that any such extension would violate law or regulation.  Accordingly, to be timely, AGMA had to file any protest challenging DHS’s sole-source contracting action within 10 days.”