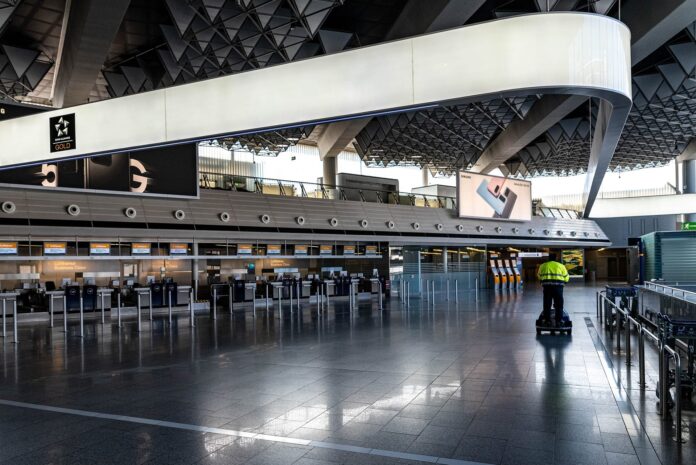 The International Air Transport Association (IATA) has released an updated global passenger forecast showing that the recovery in traffic has been slower than had been expected.

It predicts that global passenger traffic (revenue passenger kilometers or RPKs) will not return to pre-COVID-19 levels until 2024, a year later than previously projected. The recovery in short haul travel is still expected to happen faster than for long haul travel. As a result, passenger numbers will recover faster than traffic measured in RPKs. Recovery to pre-COVID-19 levels, however, will also slide by a year from 2022 to 2023. For 2020, global passenger numbers (enplanements) are expected to decline by 55% compared to 2019, worsened from the April forecast of 46%.

June 2020 passenger traffic foreshadowed the slower-than-expected recovery. Traffic, measured in RPK, fell 86.5% compared to the same period last year. This marks a slight improvement from a 91.0% contraction in May. This was driven by rising demand in domestic markets, particularly China. The June load factor set an all-time low for the month at 57.6%.

IATA puts slow virus containment in the United States and developing economies at the top of its list of reasons for a slower than expected recovery. Although developed economies outside of the U.S. have been largely successful in containing the spread of the virus, renewed outbreaks have occurred in these economies, and in China. Furthermore there is little sign of virus containment in many important emerging economies, which in combination with the U.S., represent around 40% of global air travel markets. Their continued closure, particularly to international travel, is a significant drag on recovery.

Detailed data from May released by Airports Council International (ACI) World on July 31, suggests North America had a more optimistic outlook before daily case numbers and deaths began to increase again in the U.S.

“In the Asia-Pacific and North American regions, there were signs for optimism with the data showing some early improvement in domestic passenger traffic,” ACI World Director General Luis Felipe de Oliveira said.

Besides North America and Asia-Pacific, all other regional markets posted declines higher than -95% of their global passenger traffic this May. The start of a slow recovery of the domestic traffic helped North America and Asia-Pacific to post slightly better figures with decreases of -90.3% and -82.5% respectively. Unfortunately, this slow recovery looks to have been halted due to the recent rise in cases and deaths.

Further slowing recovery, corporate travel budgets are expected to be very constrained as companies continue to be under financial pressure even as the economy improves. Historically, GDP growth and air travel have been highly correlated, but IATA says recent surveys suggest this link has weakened, particularly with regard to business travel, as video conferencing appears to have made significant inroads as a substitute for in-person meetings.

Inevitably, weak consumer confidence is also slowing recovery. While pent-up demand exists for visiting friends and relatives and leisure travel, consumer confidence is weak in the face of concerns over job security and rising unemployment, as well as risks of catching COVID-19. Some 55% of respondents to IATA’s June passenger survey don’t plan to travel in 2020.

Owing to these factors, IATA’s revised baseline forecast is for global enplanements to fall 55% in 2020 compared to 2019 (the April forecast was for a 46% decline). Passenger numbers are expected to rise 62% in 2021 off the depressed 2020 base, but still will be down almost 30% compared to 2019. A full recovery to 2019 levels is not expected until 2023, one year later than previously forecast.

Since domestic markets are opening ahead of international markets, and because passengers appear to prefer short haul travel in the current environment, RPKs will recover more slowly, with passenger traffic expected to return to 2019 levels in 2024, one year later than previously forecast. Scientific advances in fighting COVID-19 including development of a successful vaccine, could allow a faster recovery. However, IATA says at present there appears to be more downside risk than upside to the baseline forecast.

“Passenger traffic hit bottom in April, but the strength of the upturn has been very weak. What improvement we have seen has been domestic flying. International markets remain largely closed. Consumer confidence is depressed and not helped by the U.K.’s decision to impose a blanket quarantine on all travelers returning from Spain. And in many parts of the world infections are still rising. All of this points to a longer recovery period and more pain for the industry and the global economy,” said Alexandre de Juniac, IATA’s Director General and CEO.

Restarting aviation is proving to be akin to driving a classic car – you have to find the sweet spot between the brake and gas, all the while avoiding stalling and misfires.

COVID-19 is completely unprecedented, and it will be years before the industry has sufficient data – and hindsight – to know which restart approach worked the best and why. In the meantime, the industry will do its best to make air travel as safe as possible, and passengers must also play their part in adhering to new flying regulations as well as following advice from organizations like the Centers for Disease Control and Prevention and the World Health Organization regarding containing the virus and preventing its further spread. As with many of the world’s biggest problems, COVID-19 will be weakened by small actions from many more than large actions from a few.