Bipartisan Call for Federal Agencies to Improve How They Purchase Software

U.S. Senators Gary Peters (D-MI), Chairman of the Homeland Security and Governmental Affairs Committee, and Bill Cassidy (R-LA) have introduced bipartisan legislation to save taxpayer dollars by improving management of how the federal government purchases and uses software. The bill would require agencies to conduct an independent, comprehensive assessment of their software licensing practices. This would be used by Congress, the Office of Management and Budget (OMB), and the General Services Administration (GSA) to increase federal oversight of software contracts in order to streamline operations and reduce wasteful spending. The legislation builds on a law written by Peters and Cassidy to reduce duplicative software purchases called the MEGABYTE Act. Since being signed into law, this legislation has saved taxpayers more than $450 million.

“Requiring federal agencies to conduct in-depth assessments of how they buy and use software will ensure they are making better informed decisions about how they purchase these technologies,” said Senator Peters. “The federal government spends nearly $100 billion a year on federal information technology. By streamlining how federal agencies acquire and utilize software, this legislation will modernize government operations and save taxpayer dollars.”

“By requiring the federal government to keep track of its purchased software licenses, we saved taxpayers $450 million,” said Dr. Cassidy. “That’s a win for the taxpayer and a win for government efficiency. This bill builds on this effort to make government work better.”

Billions of dollars are spent on software purchases and license modifications every year. Agencies lack of visibility on what they have already purchases, combined with the way vendors sell software, often leads to duplicative purchases. This increases vendor profits while detracting from important oversight. The senators’ legislation would help agencies formulate a plan to purchase software in a cost-effective manner.

The Strengthening Agency Management and Oversight of Software Assets Act would require federal agencies to provide independent, comprehensive assessment of their software purchasing practices to Congress, OMB, and GSA. The findings of these assessments could help lawmakers and federal Chief Information Officer’s (CIOs) to better manage how agencies’ acquire IT products. This would reduce costs, improve governance, and enhance agency performance. The legislation would allow agencies to receive fairer, more cost competitive deals on their software assets and achieve important IT modernization goals. 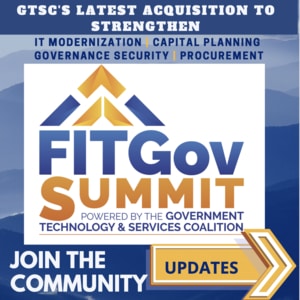