Federal contractors will be required to disclose other business relationships with entities that conflict with the specific work that an agency has hired them to do. 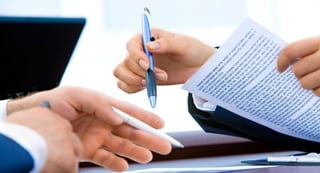 The federal government contracts with private companies to support important government functions, such as the delivery of services and the approval of prescription drugs. However, many contractors also conduct business with the private sector or other outside entities, and this can raise questions about the reliability of consultations, advice, or projects under federal contracts if not handled appropriately. The law requires updates to existing rules to protect the integrity of services while allowing contractors to continue pursuing business opportunities to the greatest extent possible. The law was led through the House by U.S. Representative Carolyn B. Maloney (D-NY-12), Chairwoman of the Committee on Oversight and Reform.

“Government agencies should know about whether federal contractors’ outside business interests might conflict with their work for Michiganders and Americans,” said Senator Peters. “This new law will ensure federal contractors are providing transparency about potential conflicts before they are awarded taxpayer dollars.”

“Federal contractors are entrusted to provide critical goods and services to the federal government as it serves the American people. If we don’t know whether they are serving other, potentially conflicting interests, we can’t be confident that Americans are getting exactly what they pay for,” said Senator Grassley. “This good government bill, which is now law, takes steps to eliminate these potential conflicts of interest to rebuild public trust in our contracting process.”

“It is unacceptable that federal contractors have potential conflicts of interest, including when McKinsey was working for opioid manufacturers at the same time it was working for the FDA on opioid-related projects,” said Senator Hassan. “I was glad to work with members of both parties to develop this law, which will help ensure that companies that work for the federal government put the interests of the American people first, not Big Pharma or other special interests. I’ll keep working with my colleagues to address conflicts of interest and stop waste, fraud, and abuse in the federal government.”

“Before Washington doles out billions of dollars to government contractors, we need to make sure these organizations don’t have outside business interests that conflict with their work for our taxpayers,” said Senator Ernst. “This new law improves accountability and increases transparency by working to eliminate any potential conflict of interest, better ensuring these contractors are working in the best interest of Americans.”

“My Committee’s investigation into McKinsey & Company’s conflicts of interest made it clear that our federal government contracting laws are in desperate need of reform,” said Chairwoman Maloney. “The American people deserve to know that their taxpayer dollars are working in their best interests – not the financial interests of powerful corporations.  Today’s legislation is an important step to creating more transparency and accountability, and I thank Senator Peters for his partnership on this critical issue.”

Reports have highlighted the need to prevent conflicts of interest within companies that are awarded federal contracts. For example, McKinsey & Company, a management consulting corporation often hired by the federal government, was paid more than $140 million dollars since 2008 by the Federal Drug Administration (FDA) to help support their oversight work of pharmaceutical companies, including determining the safety and efficacy of prescription pain medications. At the same time, McKinsey had not disclosed to the FDA that they were also consulting for several opioid manufacturers on how these companies could effectively market their products. This has called into question whether consultants from McKinsey were providing biased advice to the FDA, and whether that advice was influenced by their relationship with the drug makers whose business practices are a root cause of the opioid epidemic. The senators’ law will give federal agencies a process to evaluate similar potential conflicts of interest to ensure that federal consultants and other contractors are using taxpayer dollars to work in Americans’ best interests.

The Preventing Organizational Conflicts of Interest in Federal Acquisition Act requires agencies to identify potential conflicts for specific contracts early in the process. Federal contractors will be required to disclose other business relationships with entities that conflict with the specific work that an agency has hired them to do. Private companies under contract with the U.S. government would also have to disclose new potential business that opposes ongoing services they are providing to the American people. The law ensures federal contractors are aware of disclosure requirements and how working with agencies could impact other parts of their business. Finally, the law requires federal agencies to assess and update their procedures for determining whether contractors could have a conflict of interest.

Below are statements in support of the senators’ bipartisan law:

“The U.S. government increasingly relies on government contractors for their expertise on matters that threaten our nation’s safety and security. Yet, based on current federal contract regulations, agencies cannot always discern whether government contractors have business relationships with foreign governments and private entities that could create a conflict of interest,” said Noah Bookbinder, President of Citizens for Responsibility and Ethics in Washington. “To protect the integrity of services provided to the United States, CREW endorses the Preventing Organizational Conflicts of Interest in Federal Acquisition Act, which would require greater transparency in contractor business relationships in order to prevent conflicts of interest.”

“Companies perform mission-critical government functions. Organizational conflicts present one type of ethics risk to the government, and they must be identified and avoided through careful government oversight,” said Scott Amey, General Counsel for the Project on Government Oversight. “Without more guidance, organizational conflicts of interest can result in unfair competitive advantages and biased contract awards—both of which compromise the impartiality of the federal government and the integrity of the contracting process.”

“When government policymaking is tainted by conflicts of interest, it weakens the legitimacy and credibility of the entire process. That erodes public confidence in government and harms democracy,” said Scott Greytak, Director of Advocacy for Transparency International U.S. “This law promotes greater transparency and accountability to ensure the public can trust that government is making decisions with their best interests at heart.”