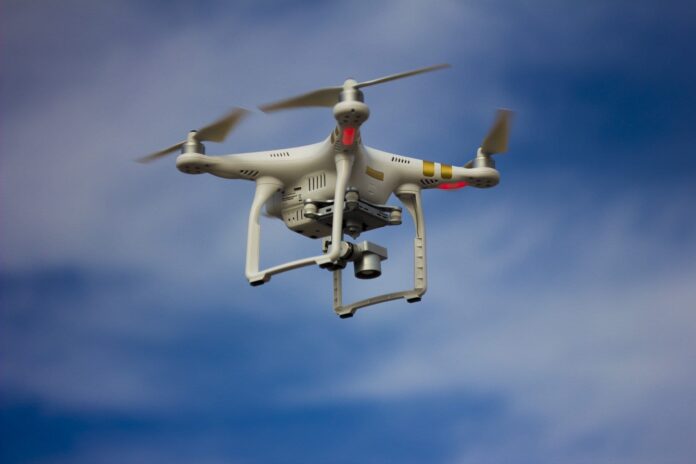 Early on the morning of March 15, 2021 a privately-operated drone took an unauthorized 11-minute flight just north of the airfield at Ottawa International Airport (YOW). The same drone flew 24 flights during March, including flights close to the Civic Hospital Air Ambulance Helipad, the CHEO Helipad and Parliament Hill.

“We know what type of drone it was, its unique ID number, its flight time, flight path and its maximum altitude,” says Michael Beaudette, YOW’s VP of Security, Emergency Management and Customer Transportation. “It should not have been flying in any of those locations and in doing so, was in violation of Transport Canada regulations.”

Beaudette is leading a pioneering drone detection pilot program at YOW in partnership with Indro Robotics, QinetiQ and NAV CANADA. The results to date have been eye-opening.

“Drones are becoming almost ubiquitous, with exponential growth in sales to both hobbyists and commercial operators,” says Beaudette. “As an airport operator, we felt it was vitally important that we test systems to detect drones operating on flight paths, near the airport and in other restricted zones to help ensure the safety of air crews and passengers.”

The issue of drones operating near airports gained international attention in late 2018, when drones were spotted flying near Gatwick Airport in the U.K. The airport ended up suspending over 1,000 flights impacting 140,000 travelers.

That incident led to the formation of a Blue Ribbon Task Force, which was commissioned by the Association for Unmanned Vehicle Systems International and Airports Council International – North America, to develop a report on the matter. YOW’s President and CEO Mark Laroche was a member of the Task Force along with representatives of the Federal Aviation Administration (FAA), Los Angeles World Airports and NAV CANADA. The report was released in October 2019.

“The report provides direction to stakeholders on topics including unmanned aerial systems (UAS) detection, mitigation/response measures, and guiding principles for response planning,” says Mark Laroche. “At YOW, we had already started looking at drone detection as the first step to helping ensure safety.”

Transport Canada requires that anyone operating a drone that weighs over 250 grams must have a drone pilot certificate and only fly drones that are marked and registered. All drone operators must know and abide by Transport Canada regulations.

“It’s forbidden to fly a drone within 5.6 kilometers of the centre of any airport in Canada,” notes Mark Laroche. “Unfortunately, that hasn’t prevented it from happening. In March of 2021, our program detected and reported on 101 drone flights within that 5.6-kilometer radius. April’s numbers were even higher at 167. A number of these were flown during hours of darkness and some exceeding altitudes of 1,600 feet.”

RF drone detection is provided by Indro Robotics and Remote Sensing. Indro installed an RF receiver station on the roof of the passenger terminal building that can detect drones operating on 2.4 and 5.8 ghz within a 15-kilometer radius.

“Our system “interrogates” each device to gain more information to pin down GPS point X, Y and Z – Z being important as we want to know how high the device is flying,” explains Philip Reece, CEO of Indro Robotics. “We can also determine the make and size of the device, which helps determine what kind of threat it may pose. For example, a small, slow moving drone that’s far away is less of a threat than a large drone on an airport flight path.”

The system includes a user interface that provides real-time and consolidated historical reports including drone ID numbers in most cases.

“In March of this year, the Indro system detected 1626 flights within the 15-kilometer zone, including 64 flights that occurred at night,” reports YOW’s Michael Beaudette. “The totals were up significantly over January, as the weather got warmer and people decided to take their drones out for a fly.”

The second technology being demonstrated as part of the program is a micro Doppler radar solution called Obsidian from British firm QinetiQ. Obsidian uses millimetric wave radar – 9-12 ghz – to detect the movement of the small spinning propellers on a drone flying anywhere within 2 kilometrer of the airport.

“Our solution is the product of QinetiQ’s decades in the defence sector, and our involvement with radar since the World War II,” says QinetiQ representative Paul Romano. “The most serious threats to safety are not likely to be conventional drones that respond to electronic interrogation. Radar can detect and track drones that, for whatever reason, can’t be detected by RF or don’t want to be. Ultimately, it’s all about identifying all potential threats so that appropriate action can be taken to keep aircraft safe.”

Precisely what actions should be taken when a drone is detected flying where it shouldn’t is also part of the program.

“As part of this project, we’ve been conducting tabletop exercises with our partners at NAV CANADA, Transport Canada, airlines, emergency services and law enforcement,” says YOW’s Michael Beaudette. “Developing appropriate response protocols and responsibilities ultimately has to be part of the solution.”

“Drone use across Canada continues to expand at a significant pace and NAV CANADA is taking a proactive approach to ensure the safety of our skies for both traditional aviation and new entrants. We welcome collaboration with partners like the Ottawa International Airport as our industry continues to push forward on drone safety initiatives,” said Alan Chapman, Director, RPAS Traffic Management at NAV CANADA.

For their part, pilots are justifiably wary of drones and welcome the detection demonstration pilot program at YOW.

“There is no equipment onboard any aircraft, fixed or rotor, that is capable of detecting a drone in flight,” says Greg Hulme, Chief Pilot-Rotor Wing, with Ornge Air Ambulance. “The consequences of a mid-air collision with a drone range anywhere from damage to our aircraft, injury to our crew, injury to persons or property on the ground. In a catastrophic collision it is not unreasonable to assume that there could be a loss of crew, patient and aircraft.”

YOW’s Mark Laroche says the purpose of the program is neither to shame drone operators nor scare the public.

“The vast majority of drone operators aren’t out there trying to disrupt aviation nor threaten aircraft,” says Laroche. “But we need to know where they are and if they do pose a threat, be ready to take the appropriate action that we as an airport can take to ensure safety. What we are seeing and reporting to Transport Canada is a very disturbing trend that requires a quick response to reverse the number of drone operators flying in restricted areas.”

The program will continue through to the end of 2021.