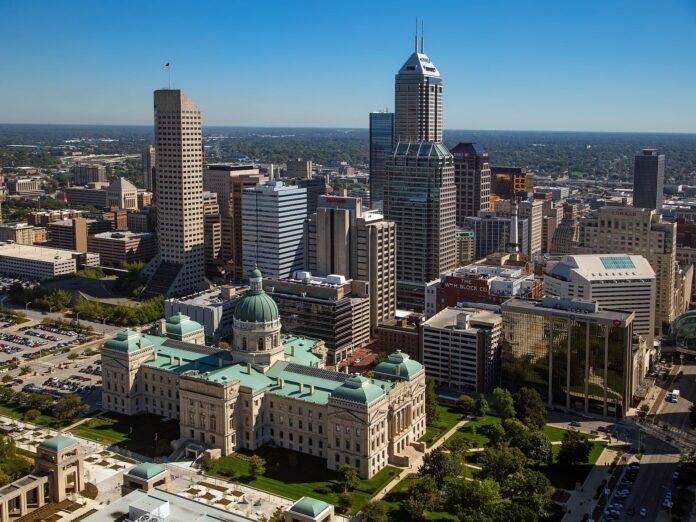 “Spending a week gathering real-world background data from a major Midwestern metropolitan region was extremely valuable as we further develop our SIGMA+ sensors and networks to provide city and regional-scale coverage for chem and bio threat detection,” said Mark Wrobel, program manager in DARPA’s Defense Sciences Office. “Collecting chemical and biological environment data provided an enhanced understanding of the urban environment and is helping us make refinements of the threat-detection algorithms to minimize false positives and false negatives.”

SIGMA+ expands on the original SIGMA program’s advanced capability to detect illicit radioactive and nuclear materials by developing new sensors and networks that would alert authorities with high sensitivity to chemical, biological, and explosives threats as well. SIGMA, which began in 2014, has demonstrated city-scale capability for detecting radiological threats and is now operationally deployed with the Port Authority of New York and New Jersey, helping protect the greater New York City region.

In addition to collecting more than 250 hours of chemical and biological background environment data, DARPA researchers also evaluated the sensors’ performance in detecting benign controlled chemical releases that could be representative of threat agent production processes. Five safe chemicals were released and tracked by the sensor platforms during the week.

One such chemical is acetone, which has benign industrial and business uses but can also be used for nefarious purposes.

“We tested the ability of the sensors to distinguish between normal background chemical environment and small traces of specific chemicals such as acetone,” Wrobel said. “If a chemical sensor makes an acetone hit near a nail salon, the SIGMA+ data analytics can help authorities make a determination that it’s probably a benign use of the chemical. But if an anomalous concentration of acetone is picked up at a location with no logical connection to the chemical, it could indicate something worth investigating, since acetone is also a precursor ingredient for some types of explosives.”

DARPA also demonstrated the SIGMA+ network architecture and common operating picture to Indianapolis Metropolitan Police Department officials and other regional stakeholders. The deployed sensors communicated the data they acquired in real-time to a cloud architecture for storage and display at a local command post. Observers received a demonstration of the SIGMA+ user interface, highlighting the functionality and long-term vision to provide law enforcement and first responders new capabilities to detect, localize, and track chemical, biological, and radiological threats in real-time to support situational awareness and decision making. Additionally, the demonstration facilitated discussions with stakeholders to guide future concept of operations (CONOPs) planning and to coordinate follow-on on tests of the SIGMA+ system.

“The outstanding support of the Indianapolis Metropolitan Police Department made the testing possible,” Wrobel said. “The continued cooperation with IMPD builds on great support we’ve also received from the Marion County Health Department and the Indianapolis Motor Speedway, who allowed us to temporarily install threat-detection sensors to enhance security at the 2018 and 2019 Indianapolis 500 and to conduct additional chemical sensor testing at the Speedway in August 2018.”

“We recognize the importance of staying a step ahead of our adversaries and to continue to develop the best tools possible for our warfighters and strategic partners,” said Sgt. Robert Brown, counter-weapons of mass destruction (WMD/CBRNE) program manager in the Homeland Security Bureau of the Indianapolis Metropolitan Police Department.

Read the story at DARPA