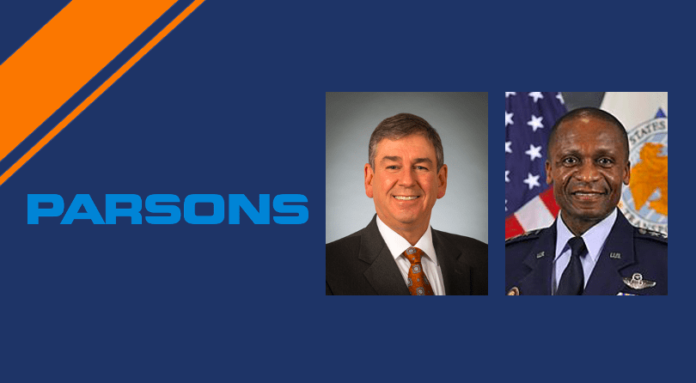 Their appointments follow Letitia Long’s addition to the Board in April, and continue Parsons’ commitment to a strong and independent board of directors with diverse and valuable backgrounds that align with the company’s strategic priorities.

“We are fortunate to have such qualified, distinguished and honorable individuals as Gen. McDew and David Wajsgras join the Parsons team,” said Chuck Harrington, Parsons Chairman and Chief Executive Officer. “They dedicated their careers to delivering a better, safer world and their experience will be invaluable to expanding our core markets, broadening our software and hardware technology, and growing our transactional revenues.”

Gen. McDew served with distinction in the United States military for 36 years. Throughout his career, he had the opportunity to lead at all echelons; culminating as the Commander, United States Transportation Command (USTRANSCOM). As a unified combatant command comprised of all the armed services, he served as the senior uniformed officer responsible for global air, land, and sea transportation, and patient movement for the Department of Defense. Gen McDew was commissioned as an Air Force officer in 1982. His journey began as a pilot and continued through multiple operational leadership roles and unique assignments at the White House (Military Aide to the President), the Pentagon (Strategic Plans and Policy for the Chairman of the Joint Chiefs), and on Capitol Hill (Chief, Air Force Senate Liaison).

Mr. Wajsgras has 20 years of experience at the senior executive management level, providing operational, strategic and financial leadership in both the commercial and defense industries. He most recently served as President of the Intelligence, Information and Services (IIS) business at the former Raytheon Company, now part of Raytheon Technologies after the merger with United Technologies Corporation in April 2020. Under Mr. Wajsgras’ leadership, IIS drove digital transformation by challenging traditional defense industry software development tools, culture and process standards through the implementation of commercial software best practices. Mr. Wajsgras was named to Executive Mosaic’s Wash100 list of top government contracting leaders for the past six years. He was also selected as WashingtonExec’s Intel Industry Executive of the Year in 2019 and Federal Computer Week’s Industry Eagle award winner in 2018. Previously, he was senior vice president and chief financial officer at Raytheon and directed the company’s overall financial strategy.