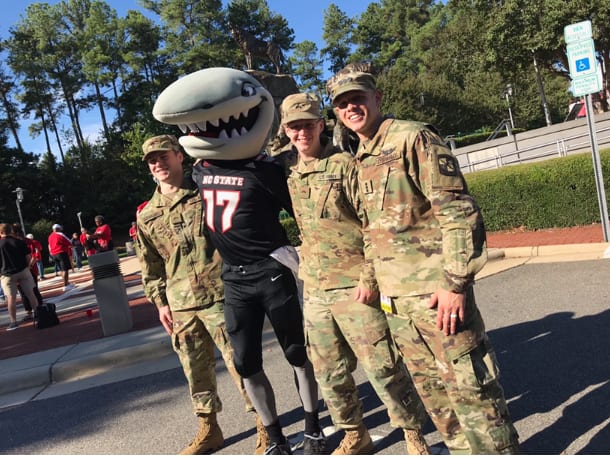 Mako Medical was selected to represent North Carolina for the small business category for the Secretary of Defense Employer Support Freedom Award, and will now go national selection board. The Secretary of Defense Employer Support Freedom Award is the highest recognition given by the U.S. Government to employers for their outstanding support of employees serving in the Guard and Reserve. Each year, Guard and Reserve employees, or a family member acting on their behalf, have the opportunity to nominate their employer for the Employer Support Freedom Award. The ESGR State Committees review nominations and submit recommendations to advance to the next round in each of these three categories, small employer, large employer, and public sector. A national selection board comprised of senior Department of Defense’s officials, business leaders, and prior award winners select up to 15 employers’ nationwide to receive the Secretary’s prestigious award.

“From the beginning, we made it a priority to create a workplace that cultivates and celebrates those who continue to serve,” said Adam Price Executive and Director of Logistics for Mako Medical. Adam is also Major in the United States Army Reserves, a combat veteran of Operation Enduring Freedom and former active duty logistics officer. “As a brother to a service member, I understand the importance of actively supporting our Reservists and Guardsman so they can focus on their military training as needed and required,” said Chad Price, CEO of Mako Medical.

In 2017 Mako Medical brought back 140 Soldiers to Louisiana to spend time with their families before they deployed. “Deployments are challenging on the entire family, not just the Soldier,” said Adam Price, who deployed to Kandahar Province, Afghanistan in 2012-2013. “Having one last moment with your family creates a memory that can be used to help you get through a tough time when you are away for so long.” Finding ways to help those that are continuing to serve is something Mako Medical is committed to doing. Mako Medical pays its service members while they are attending annual training, which is an annual two-week obligation for Reservists and Guardsman. Also, service members who have an extended drill weekend that includes a Friday and or Monday are given PTO days for those days missed. Mako Medical also fosters a small team structure that is very familiar to military structured teams. In the Logistics division, each employee is placed on a team of six individuals. “Having small teams allows us to foster deep relationships, and really have each other’s backs,” explained Adam Price when talking about the team dynamic. “One of the greatest things the Army provides is a support structure of team, squad, platoon and a battle buddy system. We replicate this same model at Mako Medical,” said Adam Price.