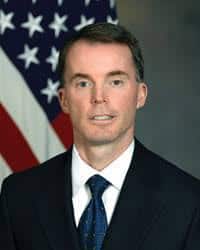 Charles Stimson was re-nominated in early January to be general counsel of the Department of the Navy.

Stimson previously served as deputy assistant secretary of Defense for Detainee Affairs between 2005 and 2007, but resigned amidst controversy over his 2007 comments about law firms representing Guantanamo Bay detainees.

“I made a boneheaded statement; quite frankly, it was an emotional response generated by my loss of my 295 colleagues …killed on 9/11 at the World Trade Center,” Stimson told the Senate Armed Services Committee in July, a month after President Trump first nominated him to the Navy role.