Nipah virus has been listed as a priority pathogen by the WHO and a category C Bioterrorism agent by the CDC. 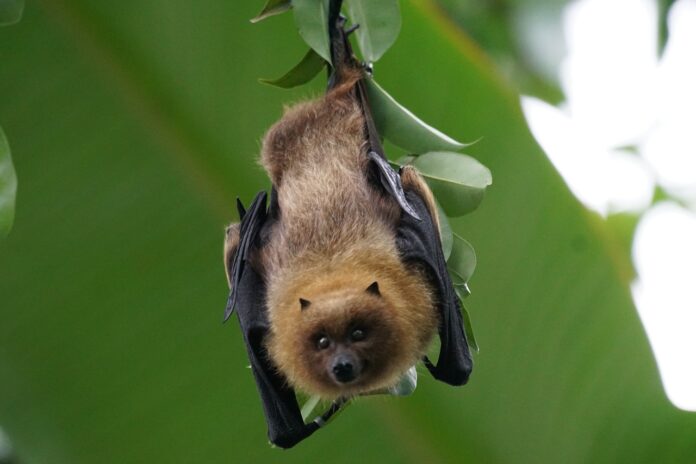 Public Health Vaccines, LLC (PHV), a biotechnology company out of Cambridge, MA developing novel products against emerging infectious diseases, announced the start of its Phase 1 clinical trial to evaluate the safety and immunogenicity of the company’s single-dose vaccine (PHV02) against Nipah virus—a batborne virus that can spread to both humans and livestock causing serious illness, including encephalitis, pneumonia and death.

The PHV02 vaccine is a live, attenuated, recombinant vesicular stomatitis virus (rVSV) vector that expresses the glycoprotein of the Nipah virus (Bangladesh strain) and the Ebola virus glycoprotein, which is required for receptor-mediated viral entry. The rVSV-Nipah vaccine was developed by the Laboratory of Dr. Heinz Feldmann within the Laboratory of Virology, Division of Intramural Research, National Institute of Allergy and Infectious Diseases (NIAID), part of the National Institutes of Health, and has been licensed to PHV by NIAID. PHV has been developing the vaccine in partnership with the Coalition for Epidemic Preparedness and Innovations (CEPI) under and award of up to US$43.6 million that facilitates development through Phase 2 clinical trials, including supportive non-clinical and manufacturing activities.

The Nipah virus (NiV) was first identified in 1999 during an outbreak of illness affecting pig farmers and others having close contact with pigs in Malaysia and Singapore. Over 100 human deaths were reported, and over a million pigs were killed in the effort to stop the outbreak. Since then, NiV has travelled thousands of kilometers causing outbreaks in South Asia and Southeast Asia. In 2018, an outbreak of NiV occurred in Kerala, India killing 18 of the 19 people who were infected (95% case fatality rate). In that same region in June, 2019, a 23-year-old engineering student tested positive for NiV and more recently, in August 2021, an isolated fatality was reported in a 12-year-old boy. The virus can be spread person-to-person with the potential for widespread outbreaks and introduction to non-endemic regions. For this reason, Nipah virus has been listed as a priority pathogen by the WHO and a category C Bioterrorism agent by the CDC. The identification of emerging infectious disease outbreaks, with viruses of pandemic potential like NiV, is a critical part of ongoing global surveillance efforts.

Joan Fusco, PHV’s Chief Operating Officer, commented, “We are very thankful for CEPI’s ongoing support that has resulted in this first-in-human clinical testing of our single dose Nipah vaccine. This marks a significant inflection point for the program achieved by our outstanding team and its deliberate approach to product development. The lessons learned from the ongoing pandemic reinforce the continued risk of other emergent pandemic threats. Being prepared with medical interventions is paramount to an effective, non-disruptive public health response. Our mission continues as we develop vaccines to confront these unmet medical needs with our Nipah vaccine leading that arsenal.”

“Our teams working together at PHV and Crozet BioPharma to develop the PHV02 Nipah vaccine also helped to advance the similar recombinant VSV vaccine against Ebola which is now approved for use”, noted PHV Senior Advisor Dr. Thomas Monath (Crozet BioPharma). “The Phase 1 trial of PHV02 will provide the first evaluation of safety, tolerability and dose response of the live, attenuated vaccine in humans, and will determine whether humans mount antibodies neutralizing Nipah virus similar to those found to be solidly protective against illness and death in various animal models.”

The Phase 1 clinical trial is a randomized, double blind, placebo controlled, single center, dose response study designed to evaluate the safety, tolerability and immunogenicity of three dose levels of PHV02 in 60 healthy adults in the U.S. Assuming favorable results PHV plans to initiate a Phase 2 trial in 2022 in a disease endemic region.

In line with CEPI’s equitable access principles, PHV are committed to making the cost of potential future goods affordable for use in affected territories, while also ensuring open access to data generated through this partnership.