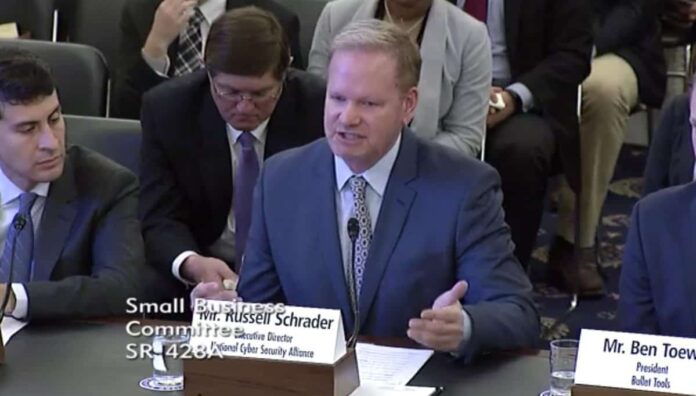 The National Cyber Security Alliance (NCSA) today announced that former government cybersecurity expert Kelvin Coleman has been appointed as executive director. A veteran of high-stakes cybersecurity posts at the White House and the U.S. Department of Homeland Security (DHS), Coleman has excelled in public and private sector leadership roles throughout his career of more than 20 years. Coleman assumes the position currently held by interim Executive Director Russ Schrader.

“NCSA would like to thank Russ Schrader, whose leadership and guidance helped us form new relationships and expand our influence, as well as allowed us to execute a comprehensive search for a full-time executive director,” said William O’Connell, chief business security officer at ADP® and chairman of the NCSA Board of Directors. “Following a very successful National Cybersecurity Awareness Month this past October, we are extremely pleased to welcome Kelvin Coleman. His extensive experience with both public and private cybersecurity sectors have prepared him for this leadership role at NCSA, an organization that is supported by industry, nonprofit, government and academia.”

Coleman joins the organization with a breadth of experience in cybersecurity at both a national level and in local markets. In career-spanning cybersecurity awareness tours in 49 states, Coleman has briefed tech giants, local storeowners and politicians alike, including 35 governors and numerous state-level security committees. Shortly after his government service, Coleman joined FireEye’s Intelligence and Special Programs Division. In that role, he oversaw vital partnerships with key intelligence agencies and organizations, including work with the National Security Agency and Department of Defense. Most recently, Coleman worked with the National Defense Information Sharing and Analysis Center on strategic cybersecurity policy and products. Before that, in two positions over a nine-year period at DHS’ Office of Cybersecurity and Communications, he spearheaded industry-government liaisons which led to establishing national guidelines for workforce cybersecurity safety. He also worked on the President’s National Security Telecommunications Advisory Committee during portions of George W. Bush and Barack Obama’s administrations. In the early stages of Obama’s first term, Coleman served as a member of the White House National Security Staff, coordinating cybersecurity policy with the intelligence community as well as state, local, international and private-sector organizations. He begins his new position at NCSA in Washington, D.C. on Dec. 5.

“As our society becomes more digital and inter-connected, cybersecurity awareness is increasingly a matter of collaboration between the private and public sectors ‒ convening intelligence experts, politicians, entrepreneurs, and academic researchers,” said Coleman. “Having worked closely with cybersecurity advocates in many of these disciplines, I know there is widespread eagerness to educate the country about our shared responsibility in helping to protect the internet and fostering an environment for cybersecurity knowledge sharing. As I take on this new role, I am grateful to have the support of Russ Schrader, the NCSA Board of Directors and NCSA’s committed staff.”

Schrader will continue his work as general counsel and chief privacy officer for Commerce Signals, Inc. and serving on the Department of Homeland Security Data Privacy and Integrity Advisory Committee.

“I am very thankful to have worked with NCSA’s directors, supporters and the internal team while interim executive director,” said Schrader. “With the selection of Kelvin Coleman, the Board has chosen a great candidate to lead NCSA at a time when the cybersecurity landscape continues to evolve and become more complex. I’m eager to welcome Kelvin to NCSA and work with him on a seamless transition as we move on to exciting initiatives such as Data Privacy Day and a series of educational programs focused on cybersecurity education and awareness.”