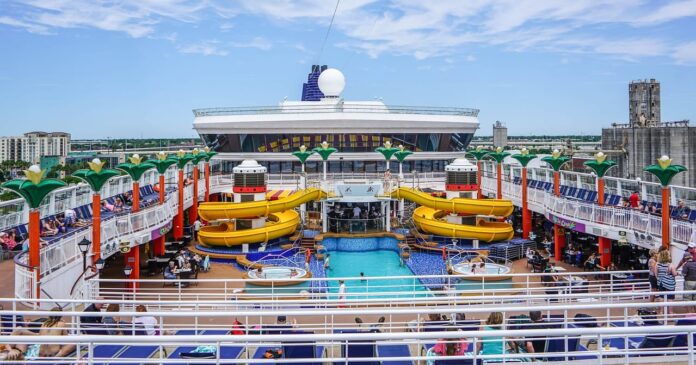 Liberty Defense Holdings Ltd. has announced that it has signed a collaboration agreement (CoA) with Port Tampa Bay to beta test HEXWAVE.

The Tampa Bay/Orlando I-4 Corridor region is the fastest growing region of the state, home to more than eight million residents and welcoming over 60 million visitors per year.

Between the years 2007 and 2017, total cruise ship passenger capacity grew by 25 per cent in North America, with the following 10 years estimated to see a further 41 per cent increase, according to a 2017 report.

HEXWAVE uses low-power, radar imaging and artificial intelligence, primarily to detect and identify weapons. The system is built to be modular and scalable and may be used both indoors and outdoors, providing security teams with a flexible and effective security solution. These characteristics also have the ability to enable a layered defense strategy for a venue, meaning the ability to detect threats at the perimeter of the property without obstructing the movement of large groups of people.

“Port Tampa Bay will be an excellent partner on this project. The port will be able to provide Liberty with new learning opportunities by opening up access to the unique aspects of security for cruise lines, which have frequent vacationers traveling in and out of Florida,” said Bill Riker, CEO of Liberty Defense. “The port environment will bring its own set of challenges from an operational perspective. Ultimately, the data’s integration into our product development efforts will be invaluable,” added Riker.

Port Tampa Bay President/CEO Paul Anderson said, “Having recently celebrated over one million cruise ship passengers in one fiscal year for the first time in our history, its imperative that we continue to seek opportunities to evaluate technologies like those developed by Liberty Defense. The potential of HEXWAVE’s high throughput is very appealing to us because it provides a new way to strengthen our security posture and ensure the safety of all passengers without slowing down the flow of visitor traffic. We are looking forward to working with Liberty Defense to test this new technology that will help us to stay ahead of potential threats.”

This beta testing phase is a key part of HEXWAVE’s development process. Testing the system in operational and diverse facilities can help to ensure that it is aligned to market requirements. Beta testing is expected to begin later in 2019 and progress into 2020. Liberty will also beta test HEXWAVE at FC Bayern Munich’s Allianz Arena in Germany, Rogers Arena in Vancouver, British Columbia, Maryland Stadium Authority’s Camden Yards Complex, in the state of Utah, with the Virginia Division of Capitol Police, in Sleiman shopping centers, in a Hindu temple, in the Metro Toronto Convention Centre, in Toronto Pearson International Airport, and with the University of Wisconsin Police Department.