FS2 will use rust fungi as a program test case. Rice is not susceptible to fungal rust pathogens; however, many other important cereal crops are, including corn. 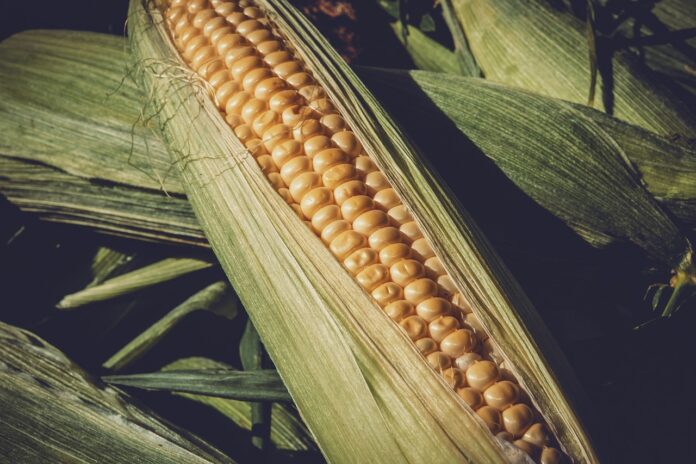 U.S. cereal crops such as corn, rice, and wheat feed hundreds of millions of Americans and millions more around the world. Ensuring active defense of these and other staple food grasses is a critical national security priority.

DARPA’s Foundational Security for Food Systems (FS2) program will explore a pathway-based approach to provide advanced threat detection and warning of crop damage irrespective of the triggering agent. FS2 will conduct research to test the feasibility of applying this approach for defense of cereal crops, specifically rice and corn.

“The FS2 program will test the idea that there may be only very few pathways in cereal crops that, when activated, are capable of resulting in sufficient damage to be of major concern,” said Molly Jahn, FS2 program manager in DARPA’s Defense Sciences Office. “Similar to how a person can have any one of thousands of viruses long before certain common symptoms present, we’re interested in finding the earliest signs those pathways are active before symptoms show up in cereal crops. FS2 will investigate the ability to create detection and warning protocols based on pathways with observable plant-level effects including signatures that are detectable remotely. Our vision with FS2 is to shift from agent-focused defenses to agent-agnostic signatures that reveal if damage of major concern is underway.”

FS2 will use rust fungi as a program test case. Rice is not susceptible to fungal rust pathogens; however, many other important cereal crops are, including corn. Despite this type of phenotypic variation between cereal species, many key genetic and biochemical pathways are widely conserved across members of the grass family. Because of their economic impact, cereal rust diseases are monitored using plant and field-level data during the growing season through snapshot Agriculture Department surveys, and are scouted via cultivation and harvest equipment, drones, smartphones, and other devices with cameras or sensors. FS2 aims to develop validated models to systematically identify earliest observable features of key damage pathways irrespective of the activating agent.

FS2 is part of DARPA’s Disruptioneering effort designed to rapidly explore bold and risky ideas with the goal of accelerating scientific discovery. The 18-month FS2 program comprises two phases. The 10-month first phase addresses genetic modeling with the goal of demonstrating that it is possible to link plant-level observable variation via actual and inferred pathways in corn. A second, eight-month phase aims to demonstrate whether it is possible to build a candidate explanatory pathways model that can link adverse plant-level observations of unknown origin in corn to candidate explanatory pathways. Maximum award value for each phase is $500,000 for total maximum award value of $1,000,000.

The FS2 program does not involve genetic modification of any organism. All research will be conducted in compliance with approved regulatory standards.

A program announcement for FS2 with full program details and instructions for submitting a proposal is expected to appear on SAM.gov prior to the information session.