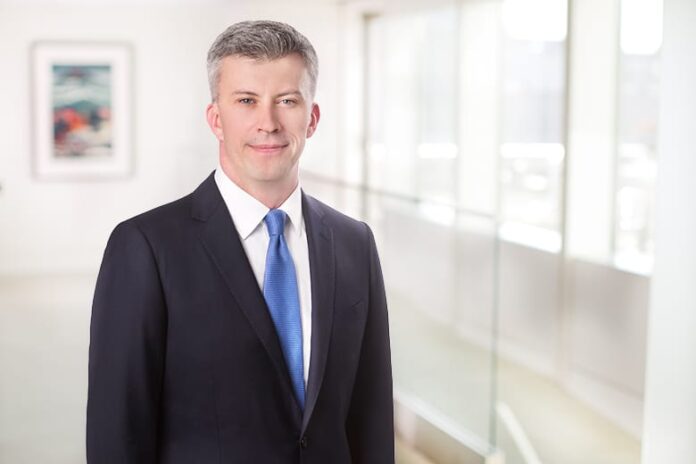 For the past decade, Dermody has held senior posts in the Executive Branch, recently serving as a Deputy Legal Advisor at the National Security Council, where he advised officials on such matters as cybersecurity, infrastructure protection, disaster response, border and transportation security, election security, and other matters of U.S. national security.

Previously, he spent six years in the Intelligence Law Division of the Department of Homeland Security’s (DHS) General Counsel’s office, as well as two-plus years in the Office of the General Counsel for the Department of Defense.  Dermody received numerous official commendations during his time in government, including the Meritorious Unit Citation from the Director of National Intelligence and multiple Awards for Excellence from the DHS Secretary.

At O’Melveny, Dermody will bring his substantial skill set and experience to bear on the firm’s significant portfolio of client work related to cybersecurity and data privacy, economic sanctions, and related national security issues.

His arrival reflects the keen emphasis the firm is placing on data security and privacy-related matters. Earlier this year, O’Melveny added Lisa Monaco, a former Homeland Security and Counterterrorism Advisor to President Obama and Assistant Attorney General for National Security at the Justice Department. She now co-chairs the firm’s Data Security and Privacy group.

“John brings stellar credentials and experience to our firm in the cyber- and national security realms,” said Steve Bunnell, co-chair of O’Melveny’s Data Security and Privacy group. “As high-threat scenarios that have long been the purview of government increasingly become top concerns of U.S. businesses, John will help our clients stay one step ahead.  And I’m personally delighted to be working with him again.” Dermody worked at DHS when Bunnell served as General Counsel there.

“It is our great pleasure to welcome John to O’Melveny,” added Ms. Monaco. “He understands the impact that weaknesses in cyber defense can have on data integrity, foreign investment, financial assets, environmental safety, public safety and other safeguards that have become top of mind for so many businesses.”

Dermody said, “I’m excited to step into the high-profile data security and privacy practice that O’Melveny has created, and believe my experience helping federal officials confront novel and fast-moving security threats will be put to good use. Data and systems security risks are evolving daily, sometimes hourly, and will remain an ongoing challenge for businesses. O’Melveny has a terrific team in place and I look forward to contributing my part to the group’s success.”