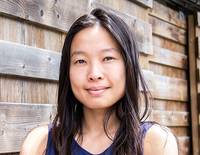 If you haven’t heard about Software-Defined Radio (SDR) by now, you certainly will soon enough. The idea behind SDR has been around for over 30 years, but it’s only recently that it has started to have a significant impact on new technology. Radio—one of the greatest human inventions—continues to have a significant influence on all forms of communication. Today, radios are used to send and receive information such as data, voice, and video. As a result, SDR has gone on to have a significant presence in defense, public safety, emergency services, cyber security, and aeronautics.

SDR is a wireless communication device where the receiver and transmitter functionality is changed/modified by software alone, which enables changes to the functions without making any physical changes to the hardware. SDR functions in the same manner ascomputers. Software on a computer can allow the computer to act as a calculator, check e-mail, or even play a game – these are all simply changes in software that allow a number of very different applications. The same applies to SDR where the hardware remains the same, but by changing the software, the user can communicate on different frequencies and allow other devices to communicate on different frequencies (e.g. Ultra-High Frequency or UHF communicating with Very High Frequency or VHF).

SDR technology took decades to become popular as a result of the high cost of SDR hardware. As the hardware became cheaper, SDRs have become more prominent and commercially available. The last two decades have seen RF communication massively improve and SDR devices are now more flexible and offer more quality. SDR has also become quite popular among hobbyists.

Although SDR has been around the public safety and the military apparatus for a while, its commercial value has increased by leaps and bounds as a result of interest from the wireless marketplace. By incorporating SDR, wireless providers are able to easily update and reconfigure wireless base stations and handsets. Further, these devices can also be updated and reconfigured remotely with patches and new features. SDR brought a high degree of flexibility and interoperability to WAN/LAN wireless technology and cellular handsets. It essentially made it easy to perform tasks such as changes in frequency, migration, and modulation schemes. According to BCC Research, the SDR market is expected to grow from $47.7 billion to $56.3 billion by 2019. The main driver of this growth will come from the public safety and the military industrial complex, but the commercial market is also expected to have a significant impact during that time period or shortly thereafter.

When it comes to public safety, SDR has to incorporate some key concepts and policies. First responders need to be efficient, since every second can be life-critical. As a result, a robust, interoperable, reliable, resilient, and secure communications system is required. At the present time, there are still various divisions of public safety that are limited by incompatible radio systems that operate on different frequency bands and/or use different protocols, requiring ad-hoc bridges between networks.

The benefits of highly interoperable SDR technology in public safety, especially for first responders, will be a key driver in enhancing the whole industry. When there’s an emergency, different departments—such as fire, paramedics, and police responders—need to communicate efficiently and quickly, but presently cannot do so because they use devices operating on different frequencies. With SDR, a single piece of hardware could receive on one band (e.g., fire) and rebroadcast that same message on another band (e.g., paramedics), effectively enabling communications between different devices.

The military has similar needs to those in the public safety community, since soldiers on the battlefield depend on communication that is highly adaptable, interoperable, resilient, reliable, and secure.

The future of SDR is radios that are smart and devices that can think. Such radios will enhance both public safety and military communication with speed and reliability with little human input. Each device can have multiple levels of Open System Interconnection hierarchy, but this often requires a link to a part of the network layer.

Currently, SDR can be used to track changes in the RF environment, sensing and monitoring, and separately adapt access to the communication channel. These additional functionalities are often referred to as Cognitive Radio.

There is also technology called Adaptive Radio which monitors its own performance and makes adjustments when necessary to improve the end result. As a result, the device offers higher levels of quality with minimal user input.

Intelligent Radio (IR) is another related technology to SDR and is on a higher level than CR and AR. This system is capable of learning on its own while finding ways to improve itself. It is a form of Artificial Intelligence in radio technology.

The increased adoption of SDR can be attributed to the evolution of multi-band, multi-mode, and multi-protocol radios. This—coupled with technology that is secure, reliable, and adaptable, seamless communication—is the end result.

Stephanie Chiao is the Product Marketing Manager at Per Vices Corporation, where she is responsible for marketing strategy, technical promotion, and media relations. She brings over 8 years of consumer and enterprise marketing experience and has worked with brands including Microsoft, Rogers Wireless, and Torstar Corporation. She holds an Honours Bachelor of Business Administration degree from the Schulich School of Business.