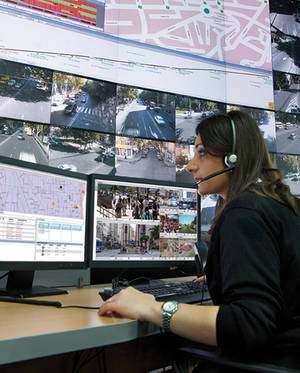 Expected to be staffed with analysts 24 hours a day, the crime center analysts and officers can then seamlessly send that information out to first responders on the scene, providing actionable intelligence and comprehensive situational awareness where it is needed most.

The system allows the St. Louis Police Department to be able to aggregate and correlate data from multiple sources where it can then be easily provided to first responders on the scene. The new solutions are the first steps in increasing situational awareness while helping to keep citizens and officers safe.

“The Intelligence-Led Public Safety capabilities being implemented by the St. Louis Metropolitan Police Department will help increase situational awareness while helping to keep officers and citizens safe.” said Motorola Solutions Smart Public Safety Vice President Tom Guthrie. “These tools will help the department unlock additional value in its existing technology investmentswhile getting the right information to the right people at the right time to help officers avert, respond to and resolve incidents.”

"Technology is part of police officers lives and Motorola Solutions technology is providing a platform that interfaces with existing systems and provides officers with more information than ever before," said St. Louis Metropolitan Police Chief Sam Dotson. “In today’s technological world officers and citizens are demanding it. Ultimately we have a safer community and focused resources because of the technology."

“Police departments across the country are looking for smarter ways to capture, analyze and correlate the large amounts of crime and potential crime data they receive to gain a common operating picture. The St. Louis Metropolitan Police Department now uses Motorola Solutions, Inc.’s Intelligence-Led Public Safety solutions in its real-time crime center to help identify and distribute information to officers before crimes occur, during active incidents and in support of investigations,” Motorola stated, adding that, “Giving officers better information can help improve response times, increase citizen engagement and maximize the use of taxpayer dollars for an overall safer community.”