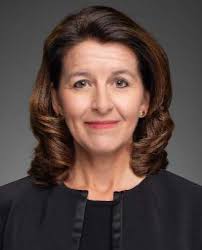 The board of directors of Northrop Grumman Corporation has elected Kathy J. Warden as its chairman, effective August 1, 2019. Warden will serve as chairman, chief executive officer and president. Warden succeeds Wes Bush, who has served as chairman since July 2011. As previously announced, Bush will retire from the company and resign from the board on July 31, 2019. Donald E. Felsinger will continue to serve as the company’s lead independent director.

“We are excited to have Kathy Warden assume the role of chairman. She has the full confidence of the board and our shareholders, customers and employees will greatly benefit from her leadership. Now is the right time for Kathy to assume the chairmanship of Northrop Grumman,” said Felsinger.

“Wes has been an outstanding chairman and leader for our board and the company, providing unwavering leadership for our team,” said Warden. “I look forward to continuing to work with Don as our extraordinary lead independent director.”

Felsinger joined the company’s board of directors in 2007. He is the former chairman and chief executive officer of Sempra Energy. Warden has been chief executive officer and president of Northrop Grumman since January 1, 2019. She was elected to the company’s board of directors in 2018. Previously, she served as president and chief operating officer of the company where she was responsible for the operational management of the four operating sectors as well as its enterprise services organization.