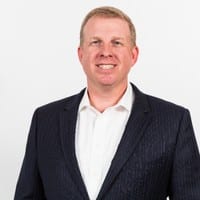 Octo has announced the hiring of Harold Poston as Vice President of Department of Defense (DoD) Accounts where he will have immediate P&L and growth responsibility for Octo’s DoD business.

Poston has more than 20 years of experience in leading large programs and captures in the areas of IT transformation and enterprise system integration, IT strategy, agency transformation, and other CIO/CTO support services. Poston has served in business development and operations capacities throughout his tenure. He has managed directly several large-scale military and military health programs, the most recent of which being a $250M engagement supporting the DoD’s worldwide Electronic Health Record (EHR) deployment. Prior to beginning his career in the private sector, Poston was also a Signal Corps officer with the United States Army, serving in Korea, Europe, and Iraq.

“I am excited to join a dynamic and rapidly-growing organization like Octo,” said Poston. “Octo’s focus on its DoD customers was evident to me immediately and throughout my engagement with Octo in industry. I’m excited to help our DoD customers achieve their mission objectives.”

“Harold’s hiring is representative of our increased investment in our support of our DoD customers. He brings deep industry experience and knowledge which is a combination we strongly desired in the person who would hold this position,” added Jim Vant, Executive Vice President for Defense and Intelligence.