Adamczyk to Become Honeywell Chairman; Angove Appointed to Board 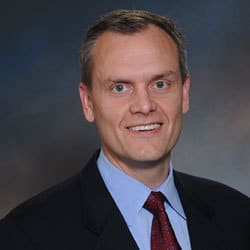 “Darius has demonstrated the ability to lead decisively in his prior roles at Honeywell and more recently as CEO, where his strategic vision and clarity of purpose have been amply displayed,” said Cote. “The flawless transition to Darius’s leadership over the past two years has played a major role in Honeywell’s continued outperformance. I have no doubt that Darius has the integrity, leadership attributes, skills and intellect to lead Honeywell successfully as chairman and CEO for many years to come.”

“I look forward to working with our outstanding Board and leadership team and our talented global workforce to continue to accelerate Honeywell’s organic growth, drive margin expansion and provide increased value as the world’s leading software-industrial company,” Adamczyk said.

Honeywell has also appointed Duncan B. Angove to its Board of Directors. Angove has been president of Products and Support at enterprise software firm Infor Inc. since 2010 . He has also held senior management roles at Oracle Corporation (ORCL) and Retek.

“Duncan brings exceptional leadership and strong business acumen to Honeywell’s board,” Adamczyk said. “We are confident in Duncan’s abilities to contribute to Honeywell’s mission of building a smarter, safer and more sustainable world.”