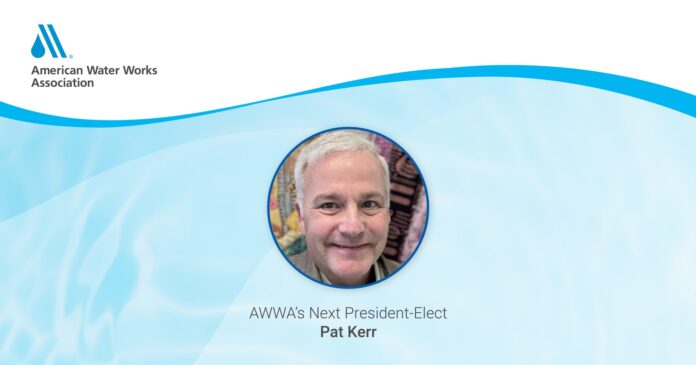 The American Water Works Association’s Board of Directors today selected Patrick Kerr of Baton Rouge, La., as the Association’s next president-elect.

Four vice presidents and a director-at-large were also selected during the Board’s annual winter meeting, which was conducted virtually.

Kerr has been a member of AWWA for 28 years and is the chair of the Water Utility Council and an active member of the Southwest Section. He is President and CEO of Baton Rouge Water Works Company in Louisiana.

The Board selected the following four vice presidents:

The Board also selected Mary Gugliuzza as a director-at-large. Gugliuzza has been an AWWA member for 25 years and is the former chair of the Public Affairs Council. She is an active member of the Texas Section and is the media relations and communications coordinator for the City of Fort Worth Water Utility in Texas.

All the new officers will begin their terms in June at the conclusion of ACE22.

Read the announcement at AWWA