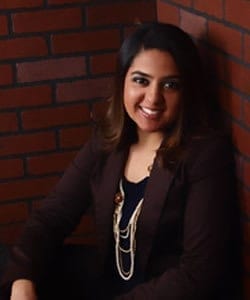 The Center for Global Policy (CGP) is pleased to announce that Ms. Asma Uddin has joined our esteemed team of Senior Fellows. Uddin is a religious liberty lawyer and scholar working for the protection of religious expression for people of all faiths in the U.S. and abroad. Her areas of expertise include law and religion (church/state relations), international human rights law on religious freedom, and Islam and religious freedom. Uddin is an active lecturer to diverse religious groups in the U.S. and overseas on the importance of international religious liberty, and she is widely published on the topic by law reviews, university presses, and national and international newspapers.

Uddin has worked on religious liberty cases at the U.S. Supreme Court, federal appellate courts, and federal trial courts. She has defended religious claimants as diverse as Evangelicals, Sikhs, Muslims, Native Americans, Jews, Catholics, and members of the Nation of Islam. Her legal, academic, and policy work focuses on freedom of expression such as religious garb, land use, access to religious materials in prison, rights of parochial schools, religious arbitration, etc. Uddin worked with the U.S. Department of State on advocacy against the UN Defamation of Religions Resolution. She received a State Department grant to develop the Legal Training Institute in MENA and Southeast Asian countries.

In addition to her legal work, Uddin writes and speaks on Muslims and gender. As the founding editor-in-chief of altmuslimah.com, she managed the web-magazine, organized vigorous debates and conferences on the multifaceted issues of gender, politics, and religion. Uddin has advised numerous media projects on American Muslims, including most recently as Executive Producer for the Emmy and Peabody nominated docu-series, The Secret Life of Muslims.

Uddin’s diverse writing portfolio includes policy recommendations on Pakistan’s blasphemy laws, the contours of religious freedom in the U.S. constitution, and an analysis of the First Amendment in regards to the anti-Shariah initiatives. For CGP, in commemoration of Human Rights Week in December 2017, Uddin examined human rights in Muslim contexts for a Special Edition of the Navigator, titled “Islam, Human Rights, and Religious Freedom: A Jurist’s Analysis.”

A graduate of the University of Chicago Law School, Uddin served as Counsel for the Becket Fund for Religious Liberty and served as Director of Strategy for the Center for Islam and Religious Freedom in Washington, DC. She is a an expert advisor on religious liberty to the Organization for Security and Cooperation in Europe (OSCE) and a Fellow with the Initiative on Security and Religious Freedom at the UCLA Burkle Center for International Relations. She is also a term-member with the Council on Foreign Relations.

CGP is delighted to be working with Asma Uddin. She will be working with CGP on critically important issues of religious freedom and international human rights in the context of U.S. foreign policy.