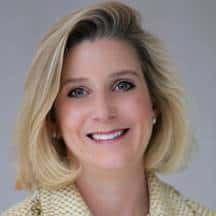 National security leader Christine Wormuth has been appointed director of the International Security and Defense Policy Center at the nonprofit, nonpartisan RAND Corporation.

As under secretary, Wormuth shaped the U.S. military’s counter-ISIS campaign, strengthened defense relationships with allies and partners in the Asia-Pacific, adjusted U.S. force posture in Afghanistan and placed greater emphasis on deterrence of Russia and China.  In 2014, she led the Quadrennial Defense Review. At the National Security Council, Wormuth played a key role in the 2012 Defense Strategic Guidance and led a comprehensive effort to update nuclear weapons planning and employment guidance. Her career in government is bookended by positions at two national security research institutions.

Wormuth will be located in the RAND Washington office.

Wormuth joins RAND from the Atlantic Council, where she directed the Adrienne Arsht Center for Resilience. Before her service in government she was a senior fellow at the Center for Strategic and International Studies (CSIS). Wormuth holds a master’s degree in public policy from the University of Maryland and a bachelor’s degree from Williams College.