Prior to returning to DSPO as the Deputy Director, Dr. Clark was the Deputy Executive Director for the PREVENTS Task Force. 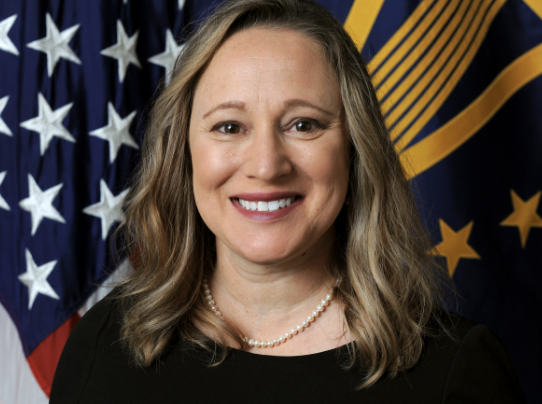 Liz Clark, Ed.D., has been appointed to the Senior Executive Service as the Director of the Defense Suicide Prevention Office (DSPO), a component of the DoD Defense Human Resources Activity, aligned to the Office of Force Resiliency for policy direction. Dr. Clark will be responsible for the development of DoD non-clinical suicide prevention programs that promote and enhance suicide prevention, intervention, and postvention with the goal of reducing stigma and increasing the awareness to facilitate help-seeking behaviors. In this role, Dr. Clark will oversee non-clinical suicide prevention program development and evaluation, data surveillance, research, and outreach and engagement in support of more than 2 million Service members and over 2.5 million military family members worldwide.

Dr. Clark brings over 22 years of service in the federal government, including as an active-duty military officer. Prior to returning to DSPO as the Deputy Director, Dr. Clark was the Deputy Executive Director for the PREVENTS Task Force, created by Presidential Executive Order 13861, and charged with developing the first federally coordinated national public health strategy and roadmap to address Veteran suicide. Previously, Dr. Clark served as the Director and Assistant Director of the DSPO Policy and Plans Directorate and was responsible for developing non-clinical suicide prevention, intervention, and postvention policies, guidance, and strategic planning. Dr. Clark brings an array of suicide prevention experience to the Department through her previous work, including serving as a volunteer hotline crisis worker answering the National Suicide Prevention Lifeline, as well as having established and co-leading a suicide bereavement support group in the Washington Metropolitan area.

Dr. Clark served as an Army Officer in the Ordnance Corps and Adjutant General Corps and had a variety of assignments at the installation level, Army Staff, and National Guard Bureau.

“We are fortunate to have someone of Dr. Clark’s caliber and ability joining the Office of the Secretary of Defense, Personnel and Readiness senior executive leadership team. Dr. Clark has done an outstanding job as DSPO’s Acting Director, and I am confident that she’d be an equally outstanding leader of the DSPO team long term as the team continues their vital work for the Department,” said William H. Booth, Director, Defense Human Resources Activity.