DoD Names Deputy CTO for S&T as U.S. Representative to NATO DIANA Board of Directors

Having previously spent nearly a decade at DARPA, McQuiston has a proven track record in identifying and developing critical technologies. 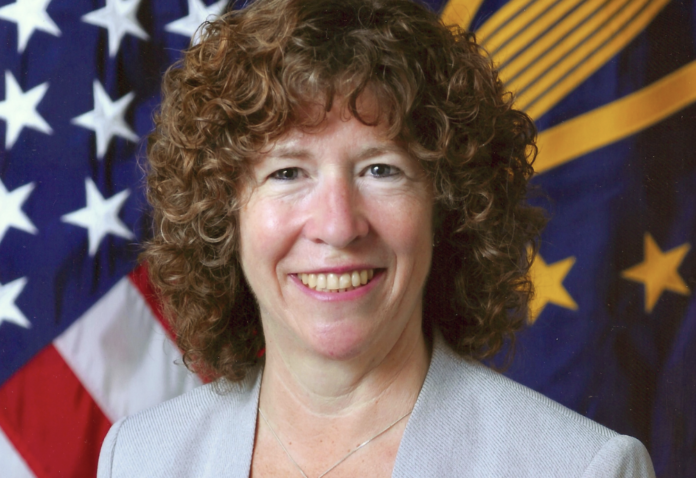 The Department of Defense announced today that Ms. Barbara McQuiston, the Deputy Chief Technology Officer for Science and Technology in the Office of the Under Secretary of Defense for Research and Engineering, will serve as the United States’ representative to the Board of Directors of NATO’s Defence Innovation Accelerator for the North Atlantic, or DIANA.

Modeled after the Defense Advanced Research Projects Agency, DIANA connects defense personnel from across the alliance with the best and brightest scientists, researchers, start-ups, and technology companies to solve critical defense and security challenges. Innovators participating in DIANA’s programs will receive access to its network of dozens of accelerator sites and test centers across more than twenty allied nations. The Board of Directors of DIANA is comprised of one representative from each allied nation and is responsible for the organisational governance of DIANA and approves the strategic direction of the activities of DIANA.

“I cannot think of a better innovator to lead our efforts in DIANA than Barbara McQuiston,” said Heidi Shyu, Under Secretary of Defense for Research and Engineering. “Barbara has been a key driver in implementing our science and technology strategy. With so many pressing short-term concerns, it is easy for us to get distracted from the long game. Barbara was tasked with keeping a laser-focus on the long run, and that’s exactly what she did, always prioritizing the basic research and foundational investments that will guarantee our future national and economic security.”

“Our Allies and Partners are a critical assymetric advantage in this era of strategic competition. I know that Barbara is uniquely qualified for this role. Her background, experience, and proven ability to drive results in the international space will benefit NATO for decades to come,” Shyu said.

Having previously spent nearly a decade at DARPA helping usher in future capabilities, McQuiston has a proven track record in identifying, developing, and demonstrating critical technologies. She also has more than thirty years of industry experience launching innovative new technology companies. This has included advising capital management funds and negotiating and managing global technology transfer agreements in both the public and private sectors.

“The future will be driven by finding and supporting the best new and emerging technologies to support defense priorities. I look forward to having the opportunity to be a part of this future, by redirecting my attention towards moving innovative technologies and partnerships forward in substantial, measureable, and lasting ways for the DoD,” McQuiston said. “DIANA will help establish a framework for working with our Allies in enterprising new ways, capitalizing on relevant future capabilities and interoperability. Accelerating and investing in opportunities with our Allies ensures that we can capture these capabilities to address the challenges we are tackling now and into the future.”

NATO announced DIANA at the North Atlantic Council meeting in Brussels on June 14, 2021. The Accelerator’s goal is to enhance and accelerate trans-Atlantic cooperation on critical technologies, and help NATO work more closely with private-sector entities, academia, and other non-governmental entities. DIANA will have main offices in both Europe and North America, and coordinate with existing test and innovation centers throughout the alliance. The Accelerator will also build and manage a network to help start-ups and non-traditional companies better support alliance technology requirements. DIANA will focus on seven key emerging technologies, to include artificial intelligence, big-data processing, quantum-enabled technologies, autonomy, biotechnology, hypersonics, and space. DIANA will also include a venture capital fund, called the NATO Innovation Fund, which will invest €1 billion over fifteen years into deep-tech startups.