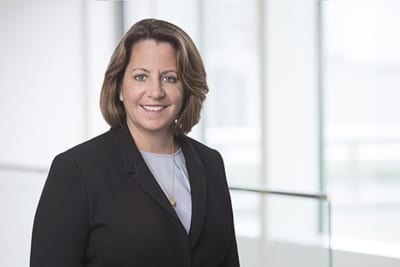 O’Melveny announced today that Lisa Monaco, former Homeland Security and Counterterrorism Advisor to President Obama and former Assistant Attorney General for National Security at the Justice Department, has joined the firm as a partner.

In her new role, Monaco will co-chair O’Melveny’s Data Security and Privacy group with partner Steve Bunnell. She will also bring her experience to the firm’s White Collar Defense and Corporate Investigations Practice Group. Drawing on her experience as a lawyer and counselor at the highest levels, Monaco will advise clients in the area of government and regulatory affairs, including on congressional investigations and executive-branch inquiries. Monaco will be based in the firm’s Washington, DC, and New York offices.

Monaco comes to O’Melveny after two decades of distinguished service in federal law enforcement and national security, most recently as President Obama’s Homeland Security Advisor for the entirety of his second term. In that role, she led the federal government’s response to a wide array of risks and challenges and was one of the most senior officials responsible for managing cybersecurity incidents.

“We’re delighted to welcome Lisa to the firm,” said O’Melveny chair Bradley J. Butwin. “Having operated at the most senior levels of the Department of Justice, the FBI, and the White House, Lisa is uniquely equipped to guide our clients on their most pressing challenges, including corporate investigations, cross-border litigation, and regulatory compliance. She will also be enormously helpful to our clients in addressing complex legal issues at the nexus of technology, national security, and privacy. And she will strengthen our ability to advise clients on large, cross-border enforcement actions related to terrorism and national security issues.”

Before her White House appointment, Monaco spent 15 years in the Justice Department, where she gained extensive experience at the senior-most levels of law enforcement and national security. She served for three years as counsel and, later, Chief of Staff at the FBI, helping then-Director Robert S. Mueller III transform the Bureau after 9/11 into a national security organization focused on preventing terrorist attacks on the United States. Monaco received Senate confirmation as Assistant Attorney General for National Security, the Justice Department’s top national security attorney—the first woman to serve in that role. There, she oversaw nearly 400 employees responsible for protecting the United States against international and domestic terrorist, espionage, cyber, and other national security threats, and supervised national security investigations and prosecutions nationwide. During her tenure, she made cyber threats a priority, creating the first nationwide network of national security cyber specialists. Monaco previously spent six years as a career federal prosecutor and has extensive trial experience as an Assistant United States Attorney.

Monaco is a Distinguished Senior Fellow at the Reiss Center on Law and Security at New York University Law School and at NYU’s Center on Cybersecurity. She also co-chairs the Aspen Institute’s Cybersecurity Group, a cross-disciplinary public-private forum comprising industry leaders, former government officials, Capitol Hill leaders, and respected voices from academia, journalism, and civil society focused on translating urgent cybersecurity conversations into action. Monaco is also a senior fellow at Harvard’s Belfer Center on Science and International Affairs, a member of the Council on Foreign Relations, and a leading commentator, regularly sought out by major media outlets, on national security and legal issues of the day. In 2017, she joined CNN as a Senior National Security Analyst.

Monaco has received numerous awards for her public service career, including the Attorney General’s Award for Exceptional Service—the Justice Department’s highest honor. She also received the Edmund J. Randolph Award, which the Attorney General bestows in recognition of outstanding contributions to the Department of Justice’s mission. She began her legal career as law clerk to the Honorable Jane R. Roth, United States Court of Appeals for the Third Circuit. She is a graduate of Harvard and the University of Chicago Law School.