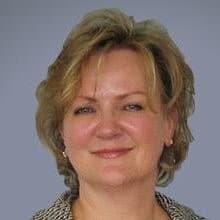 “Sally is an experienced business leader with a strong track record of driving growth throughout her career,” Harris said. “The breadth and depth of Ed’s experience—from the aerospace and defense industry to the U.S. military—will serve the company and our customers well.”

Fortunato joins Raytheon from Orbital ATK, where he was senior vice president of Government Relations. Orbital ATK was acquired by Northrop Grumman in April 2018. His previous assignments include leading Washington Operations for Honeywell International Inc. and managing legislative affairs in the Office of the Secretary of the U.S. Army. Fortunato earned his MBA from George Washington University and a bachelor’s degree from George Mason University.