As a career cutterman, Russell served in command positions on six cutters in the Bering Sea, Eastern Pacific, Caribbean, and Gulf of Mexico. 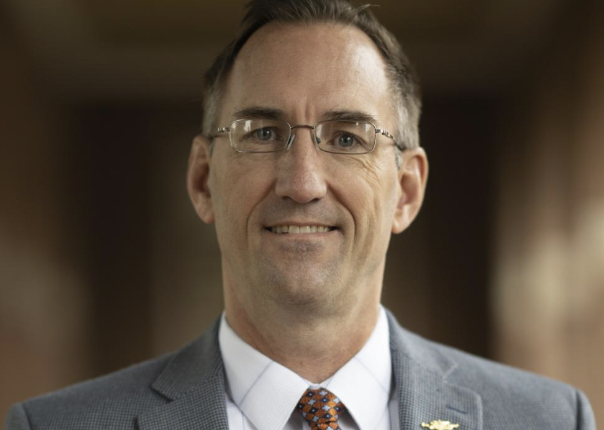 Capt. Tony Russell (CG Ret.) has been named as the Executive Director for the Center for Arctic Study and Policy (CASP) at the Coast Guard Academy.

CASP serves as a Coast Guard-focused academic think tank to promote research, broaden partnerships, and educate future leaders about the complexities of the Arctic region. Through interdisciplinary efforts across the Academy, and in collaboration with U.S. Coast Guard sponsors and external partners, the Center promotes effective solutions to address maritime challenges in the Arctic as the service increases its presence and mission responsibilities in this complex environment.

Russell takes the helm of CASP at a crucial time in the Coast Guard’s Arctic future as detailed in this month’s release of the Biden-Harris Administration’s National Security Strategy and the updated National Strategy for the Arctic Region, which gave the Arctic region and the Coast Guard’s roles and missions unprecedented prominence.

Capt. Greg Hall, the Vice Provost for Research at the Academy, described Russell as, “an accomplished leader, strategic analyst, and maritime operator, uniquely adept at building partnerships and fostering collaboration who will help advance the center’s contributions of the past seven years into the next decade.”

Russell graduated from the Coast Guard Academy as a Government major in 1996 and holds three master’s degrees, including a Master of Mass Communication from Florida International University, and a Master of Arts in History from George Mason University. He also received a Master of Military Studies from the Marine Corps University, where he won the Chairman of the Joint Chiefs of Staff strategic essay contest for his analysis on the need and a proposed framework for a national strategy for the Arctic.

As a career cutterman, Russell served in command positions on six cutters in the Bering Sea, Eastern Pacific, Caribbean, and Gulf of Mexico. From 2017 to 2019 he served as Chief of Professional Maritime Studies at the Academy, where he directed a four-year system of academic education and military training focused on nautical science, leadership, and the maritime operating environment.

“It is a most exciting time to be back at the Academy, to serve as the analytical nexus between the cadets, the faculty, the operating Coast Guard, and the many important domestic and international partners concerned with the Arctic,” said Russell. “The next Arctic decade will look different to the last, and will require the Coast Guard to adapt, connect, operate, and invest in new ways, and CASP will be a thought leader and enabler in this important evolution.”