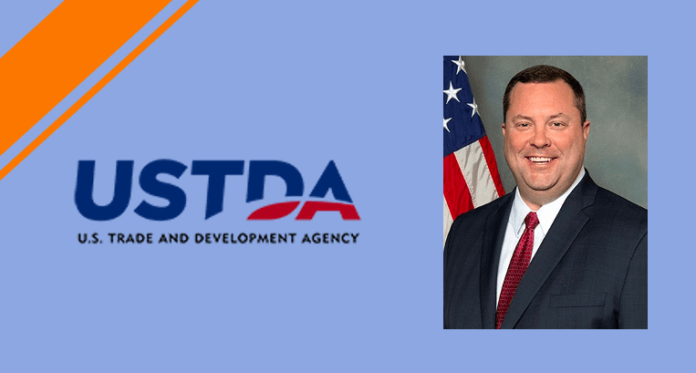 The U.S. Trade and Development Agency today announced that Todd Abrajano has been named Chief Operating Officer, Head of Agency. In this capacity, he will lead the Agency’s export promotion efforts supporting U.S. jobs and businesses in priority development projects within emerging markets in the agribusiness, energy, healthcare, ICT and transportation sectors. Mr. Abrajano previously served as Deputy Director (Acting), as well as Senior Advisor to the Director of the Agency.

“I’m honored to have the opportunity to lead the U.S. Trade and Development Agency in advancing President Trump’s strategic foreign policy vision and implementing our Agency’s unique dual mandate throughout the globe,” said Abrajano. “Together with USTDA’s incredibly talented professional staff, we will continue to utilize our Agency’s tools to successfully open overseas markets for U.S. goods and services.”

USTDA was previously led by Thomas Hardy who served as the Agency’s Acting Director and has been newly appointed as the Agency’s Director for Program Management. In this role Mr. Hardy will continue to serve on the Agency’s Executive Committee, oversee USTDA’s regional teams and manage the Agency’s global programmatic portfolio of emerging market infrastructure development activities.

“For the past three years, Tom Hardy led USTDA with energy and expertise, and on behalf of the entire staff, I thank Tom for his leadership” said Abrajano. “Tom has been a great friend and mentor, and I am thrilled he will continue to serve in a leadership role within USTDA.”