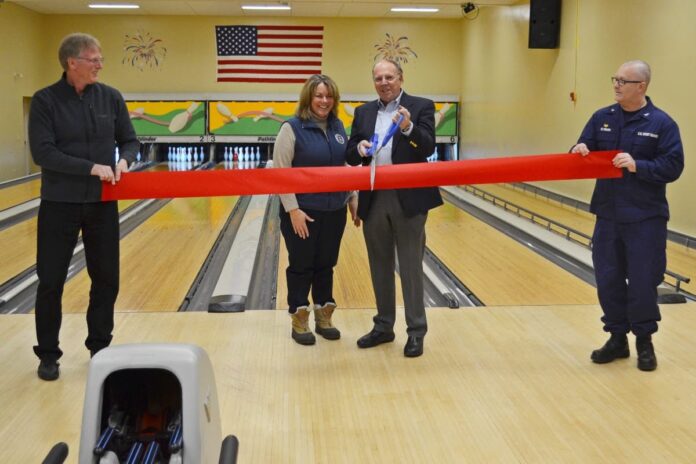 As a young man, Niles was fishing in outer Boston Harbor one summer evening when his motor died and he found himself in a rather precarious position; as the tide started to change his boat began to drift further from shore. He called the Coast Guard on his radio and asked for help to get back to dry land. A Coast Guard crew from Boston arrived on scene and towed him into Quincy, where he was able to secure his boat and later repair the engine.

“It was really uneventful,” shared Niles, of the assistance from the Coast Guard on that day. “But I thought, I was fortunate to have their help today, and someday, I’m going to find a way to show my appreciation.”

He never forgot about the help he received from the Coast Guard and continued to enjoy time on the water with family and friends. Over the years, Niles has supported Coast Guard Foundation programs that build strong families. For three summers, his support allowed Coast Guard children from Air Station Cape Cod to attend an Outward Bound program on Thompson Island in Massachusetts. He also helped upgrade a space at the air station with a new bowling alley, providing families a safe place to gather and form community connections. Other gifts supported the Foundation’s annual scholarship program, disaster relief outreach, and morale and wellness initiatives for Coast Guard members stationed in remote areas of Massachusetts.

“We are profoundly grateful for Tom and the Niles family’s gift to support Coast Guard children and their higher education goals,” said Susan Ludwig, Coast Guard Foundation president. “This contribution will have an immediate impact on families and has the real potential to change the trajectory of their lives. It’s a wonderful testament to Tom and his appreciation for the work of the men and women who serve in the United States Coast Guard.”