What’s in the American Jobs Plan for U.S. Businesses? 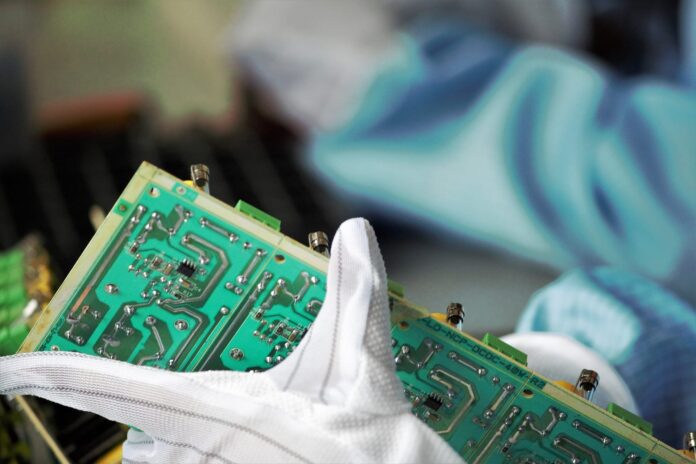 As part of President Biden’s American Jobs Plan, he is calling on Congress to make smart investments in research and development, manufacturing and regional economic development, and in workforce development to give U.S. workers and companies the tools and training they need to compete on the global stage.

The American Jobs Plan notes that the U.S. manufacturing industry needs to innovate, adapt, and scale to win the industries of the future. President Biden is therefore calling on Congress to invest more than $52 billion in domestic manufacturers. The President is calling on Congress to invest in existing capital access programs with a proven track record of success, with a focus on supporting rural manufacturing and clean energy. The plan also includes specific support for modernizing supply chains, including in the auto sector, like extending the 48C tax credit program. He also will call for the creation of a new financing program to support debt and equity investments for manufacturing to strengthen the resilience of America’s supply chains.

This funding for manufacturing also provides $30 billion over four years to create U.S. jobs and prevent the severe job losses caused by pandemics through major new investments in medical countermeasures manufacturing; research and development; and related biopreparedness and biosecurity. This includes investments to shore up the nation’s strategic national stockpile; accelerate the timeline to research, develop and field tests and therapeutics for emerging and future outbreaks; accelerate response time by developing prototype vaccines through Phase I and II trials, test technologies for the rapid scaling of vaccine production, and ensure sufficient production capacity in an emergency; enhance U.S. infrastructure for biopreparedness and investments in biosafety and biosecurity; train personnel for epidemic and pandemic response; and onshore active pharmaceutical ingredients.

The risk of catastrophic biological threats is increasing due to an ever-more interconnected world, heightened risk of spillover from animals to humans, ease of making and modifying pandemic agents, and an eroding norm against the development and use of biological weapons.

President Biden is also calling on Congress to invest $20 billion in regional innovation hubs and a Community Revitalization Fund. At least ten regional innovation hubs will leverage private investment to fuel technology development, link urban and rural economies, and create new businesses in regions beyond the current handful of high-growth centers. The Community Revitalization Fund will support innovative, community-led redevelopment projects that can spark new economic activity, provide services and amenities, build community wealth, and close the current gaps in access to the innovation economy for communities of color and rural communities that have suffered from years of disinvestment. And, President Biden is calling on Congress to invest $14 billion in NIST to bring together industry, academia, and government to advance technologies and capabilities critical to future competitiveness. He is calling on Congress to quadruple support for the Manufacturing Extensions Partnership —increasing the involvement of minority-owned and rurally-located small- and-medium-sized enterprises in technological advancement.

Almost all U.S. manufacturers (98 percent) are small- and medium-sized firms, and small business ownership is a cornerstone of job creation and wealth building. However, even before the pandemic, many entrepreneurs struggled to compete in a system that is so often tilted in favor of large corporations and wealthy individuals. President Biden is calling on Congress to invest $31 billion in programs that give small businesses access to credit, venture capital, and R&D dollars. The proposal includes funding for community-based small business incubators and innovation hubs to support the growth of entrepreneurship in communities of color and underserved communities.

In addition, the President is proposing to transform the way the federal government partners with rural and Tribal communities to create jobs and spur inclusive economic growth.  Rural communities often don’t have the same budget as big cities to hire staff needed to navigate and access federal programs. On top of that, they have to navigate a myriad of programs all with different purposes and requirements. As part of his plan to ensure that all communities recover – regardless of geography – President Biden is proposing a $5 billion for a new Rural Partnership Program to help rural regions, including Tribal Nations, build on their unique assets and realize their vision for inclusive community and economic development.

The United States is one of the few major economies whose public investments in research and development have declined as a percent of GDP in the past 25 years. Countries like China are investing aggressively in R&D, and China now ranks number two in the world in R&D expenditures. President Biden believes America must get back to investing in the researchers, laboratories, and universities across the nation. He is calling on Congress to make an $180 billion investment that will include $50 billion in the National Science Foundation (NSF), creating a technology directorate that will collaborate with and build on existing programs across the government. It will focus on fields like semiconductors and advanced computing, advanced communications technology, advanced energy technologies, and biotechnology. He also is calling on Congress to provide $30 billion in additional funding for R&D that spurs innovation and job creation, including in rural areas. His plan also will invest $40 billion in upgrading research infrastructure in laboratories across the country, including brick-and-mortar facilities and computing capabilities and networks.

The plan’s R&D element also places focus on emerging technology to fight climate threats and encouraging diversity, noting that innovation in the United States will quadruple if women, people of color, and children from low-income families invented at the rate of groups who are not held back by discrimination and structural barriers.

In order to address an increasing skills gap and improve workforce retention, the American Jobs Plan calls for $100 billion in proven workforce development programs targeted at underserved groups and getting students on paths to careers before they graduate from high school.And to protect workers, in addition to a $10 billion investment in enforcement as part of the plan’s workforce proposals, the President is calling for increased penalties when employers violate workplace safety and health rules.

Read more about the American Jobs Plan at The White House