“Homeland Security Today is extremely pleased to welcome such experienced and accomplished former agents to share their insights and thoughts on the major terrorist cases in the nation. Both continue their commitment to the agents serving in the Bureau and work to educate the public and clarify the complex landscape of terrorism and the FBI’s role in it. Their perspectives and observations will add tremendously to the tenor of our information sharing in our trusted community,” said Executive Editor of Homeland Security Today Kristina Tanasichuk.

Tom O’Connor is a mainstay in FBI circles, last serving as President of the FBI Agents Association and continuing his work to ensure the FBI has the tools necessary to combat all forms of terrorism – particularly domestic. He served on the Washington Field Office’s Joint Terrorism Task Force investigating both international and domestic terrorism cases. O’Connor will contribute a monthly column on all things related to counterterrorism, the FBI and its work to prevent, thwart, investigate, and capture those meaning to harm our citizens, economy or infrastructure.

“It is my honor to be working with HSToday on these important issues. Domestic terrorism is the most lethal counterterrorism threat facing America today,” O’Connor said. “Training law enforcement and the community to identify the threat is the first line of defense in keeping America safe. Working together, through the FBI JTTF’s across the country, law enforcement can get in front of the violence and prevent lone offender actions.”

Jerri Williams, author, host of the true crime and history podcast FBI Retired Case File Review, and 26-year veteran of the FBI, joins Homeland Security Today to add her column based on interviews with agents around major terrorism cases. HSToday will also feature her podcasts related to past terrorism investigations.

“I’m thrilled to have this opportunity to share with the readers of HSToday my former FBI colleagues’ behind-the-scenes case reviews,” Williams said. “The retired agents I interview provide an intimate look at some of the Bureau’s biggest national security and terrorism cases, as well as investigations many have never heard about. I’ll be writing about the tools and techniques they used and the personal sacrifices they made while identifying and apprehending the individuals and groups who have threatened the safety of all Americans.”

To receive either of these new columns directly in your inbox you can subscribe to HSToday’s weekly Counterterrorism newsletter or visit our Law Enforcement or Leadership pages. 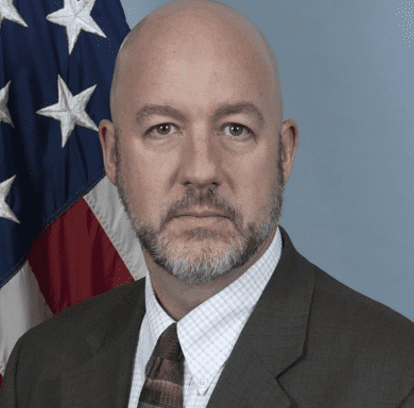 During a 23-year career with the FBI, SA O’Connor coordinated investigations related to violent criminal actions by Domestic Extremist. SA O’Connor specialized in white supremacist threats and violence. SA O’Connor was the case Agent for numerous incidents including the shootings at the US Pentagon security entrance and the Family Research Council in Washington DC. SA O’Connor became a subject matter expert related to Domestic Extremist threats and traveled extensively training law enforcement and civic groups on these emerging threats.

SA O’Connor served as a Team Leader on the Washington Field Office, Evidence Response Team (WFO ERT). In this capacity, SA O’Connor led forensic teams to multiple terrorist attacks around the globe. These deployments include the 1998 Nairobi Embassy bombing, 2 deployments to Kosovo in 1999 for war crimes investigations, 2000 USS Cole attack in Aden Yemen, SA O’Connor was a coordinator for evidence collection at the 9-11 attack on the US Pentagon, the 2002 N17 bombing in Athens Greece, 2006 attack on the US Consulate in Karachi Pakistan, 6 deployments to Iraq and 3 deployments to Afghanistan. SA O’Connor led the crime scene and evidence recovery for the “Blackwater shooting” in Baghdad Iraq. SA O’Connor worked at the crime scenes of both the 2018 Tree of life Synagogue shooting and the 2019 Virginia Beach government building shootings. During his career on the WFO ERT SA O’Connor specialized in Post Blast Investigation and shooting reconstruction evidence recovery.

In 2005 SA O’Connor was assigned to a forward operating based in Iraq to investigate hostage takings. During this deployment SA O’Connor was involved in the rescue of US Citizen Roy Hallums who had been held by extremists for 311 days.

SA O’Connor has provided instruction on both Domestic and International Terrorism issues across the United States and overseas. In 2004, SA O’Connor was awarded the Department of Justice “Instructor of the Year” award and was named as an FBI “Master Police Instructor” in 2010. SA O’Connor was certified as an Adjunct Faculty member for the FBI Academy.

SA O’Connor is a 2011 graduate of the George C. Marshall, European Center for Security Studies, Program on Terrorism and Security Studies in Garmisch-Partenkirchen, Germany where he continues to instruct as an adjunct professor.

SA O’Connor was elected by his peers to the serve on the FBI Agents Associations (FBIAA) National Executive Board for three years, as the Vice President for seven years and President for 3 years, retiring from the FBI on September 11, 2019. This date was chosen to honor the FBI Agents who had passed due to the 9-11 attack and the illnesses related to that terrorist attack.

SA O’Connor is currently the Principal Consultant at FedSquared Consulting, providing instruction and consultation on a variety of Counterterrorism topics to both Government and private sector clients.

SA O’Connor’s Law Enforcement career has been chronicled in numerous books including Tracy Kidders 1997 “Home Town”, Patrick Creed and Richard Newman’s “Firefight, the battle to save the Pentagon on 9-11”, Kirk Lippold’s “Front Burner” the story of the attack on the USS Cole, Roy Hallums’s “Buried Alive” the story of a hostage rescue after 311 days of captivity, and David Rohde’s “In Deep: The FBI, the CIA and the Truth about America’s Deep State”.

ABOUT JERRI WILLIAMS
Jerri Williams served 26 years as a Special Agent with the FBI. During most of her Bureau career she worked major economic fraud investigations and was amazed at the schemes and deceptions con-artist and corrupt corporate and public officials would devise to steal other people’s money. She notes that with a gun, they can steal hundreds. But with a lie, they can steal millions. Jerri often jokes that she is reliving her glory days by writing about the FBI. Her prior professional encounters with scams and schemers will provide plot lines for many years.

During her FBI career, Jerri specialized in cases targeting major economic crime and corruption. Her investigation of a $350 million Ponzi scheme perpetrated against unsuspecting nonprofit organizations, high profiled philanthropists and beneficiary donors resulted in a 12-year prison sentence and multiple forfeitures; the international advance fee scam case she conducted resulted in a 14 year prison sentence and the forfeiture of the subject’s residence; and her major investigation of business-to-business telemarketing fraud, which included a long-term undercover operation, resulted in 16 search warrants, 25 convictions, and many multi-year prison terms. Jerri received numerous awards throughout her career, including four United States Attorney Awards for Distinguished Service, three of them for her work on the cases noted. Being interviewed and appearing on CNBC’s American Greed in the episode—Confessions of a Con Man—was a highlight of Jerri’s career.

Toward the end of her federal law enforcement career, Jerri was appointed as the spokesperson for the Philadelphia Division of the FBI, taking on the responsibility of educating and informing the media and public about the Bureau. Post-FBI retirement, Jerri served as the spokesperson and Director of Media Relations for SEPTA, Philadelphia’s public transportation provider. Both positions often placed her in the spotlight in front of local and national news media.

Jerri is currently using her federal law enforcement experience and communication and media experience to host and produce a popular true crime and history podcast—FBI Retired Case File Review—where she interviews retired FBI agents about their high-profile cases and careers, corrects clichés and misconceptions about the FBI in books, TV, and movies, and reviews crime fiction. The podcast can be accessed on Apple Podcast, Google Podcast and other popular podcast apps.

In her new book, FBI Myths and Misconceptions: A Manual for Armchair Detectives, she presents her top 20 clichés about the FBI. Each cliché has its own chapter, where she provides a reality check while breaking down the facts. Throughout the book, she includes quotes from retired agents about how the FBI actually works and reviews popular films and fiction featuring FBI agent characters. The entertaining companion book, FBI Word Search Puzzles: Fun for Armchair Detectives is also available. Jerri is under contract as a technical consultant for major TV networks and production companies wanting to create authentic FBI dramas and characters. Her crime novels—Pay to Play and Greedy Givers—feature a female FBI agent assigned to a Public Corruption and Fraud Squad in Philadelphia. Actual true crime FBI cases inspired the plotlines of both stories.

Most recently, Downey served as a section chief for the Critical Incident Response Group (CIRG).…

Langan has served as the special agent in charge of the Kansas City Field Office in Missouri since 2019.…

The material that Aristidou is charged with disseminating includes Islamic State videos
Having registered with an employment agency to work as an HGV driver,
The threat of explosives reaching the United States via air cargo is
Homeland Security Secretary Alejandro Mayorkas said he was "profoundly honored to welcome
According to court documents, Taake was on Capitol grounds on the afternoon
Go to Top

Most recently, Downey served as a section chief for the Critical Incident Response Group (CIRG).