DoD, GSA, and NASA issued a final rule last month amending the Federal Acquisition Regulation (FAR) to implement regulatory changes made by the Small Business Administration, which provide governmentwide policy for partial set-asides and reserves, and for set-asides of orders for small business concerns under multiple-award contracts. This rule goes into effect March 30.

These were the significant changes made in the final rule:

Reserves are applicable to Multiple-Award Contracts only, and should only be used when market research indicates that a total or partial set-aside is not feasible. 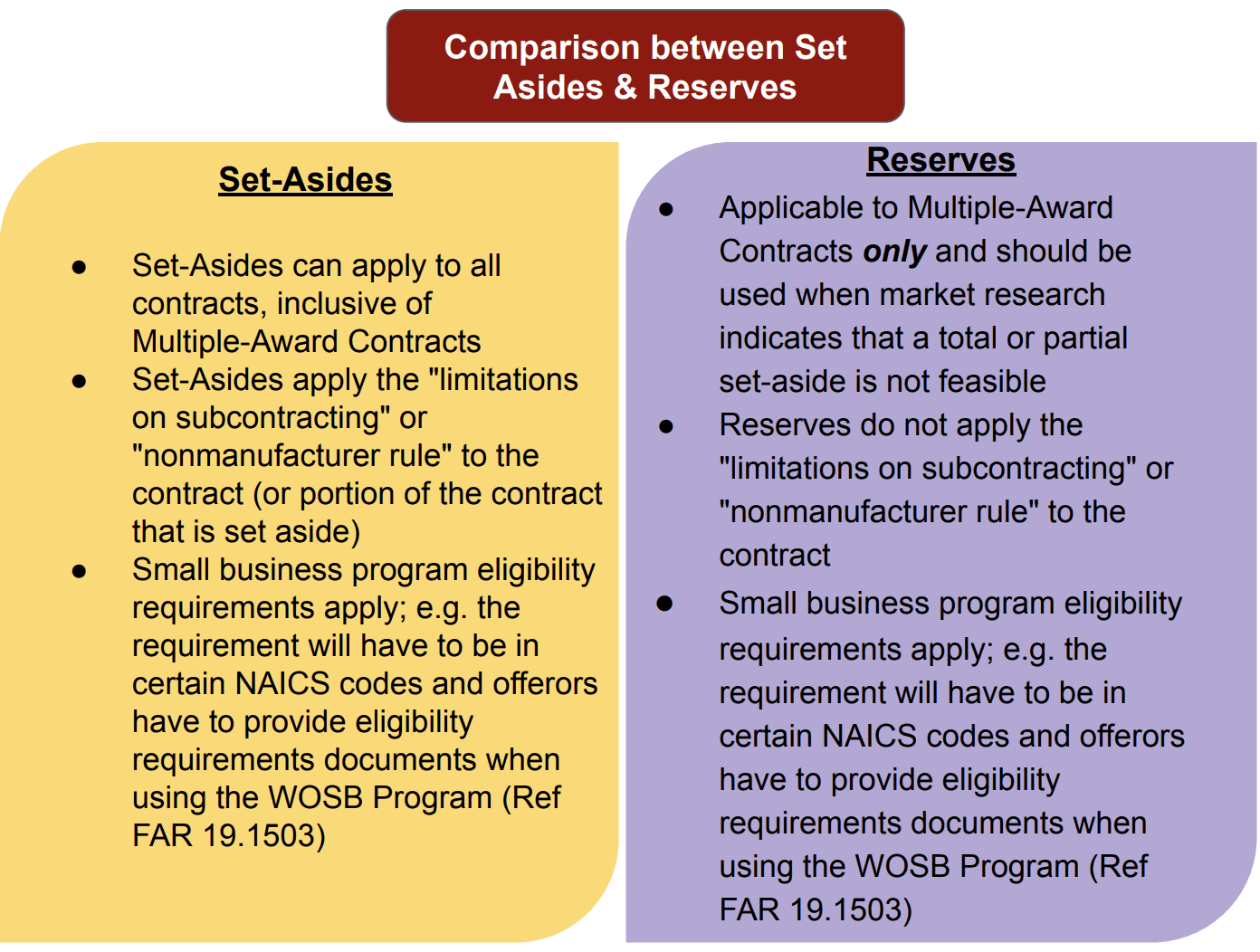 The offerors responsibilities: identify whether a multiple-award contract is being totally set-aside, contains a partial set-aside, or contains reserves.