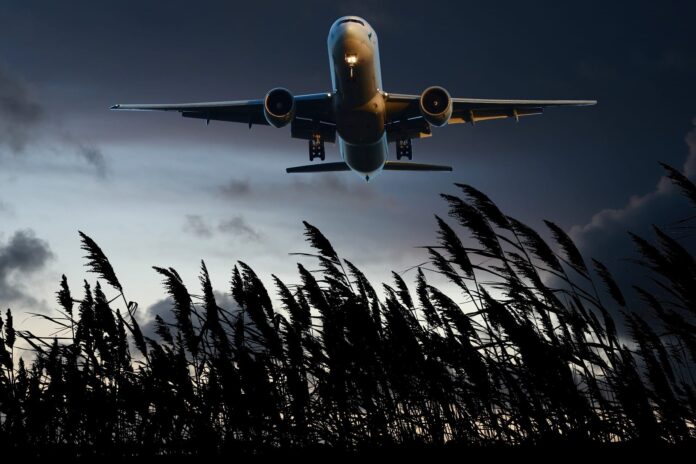 Pointing a laser at aircraft flying overhead may seem like a harmless source of entertainment to some, but it can have dire consequences for pilots and their crew. It’s a crime pilots take very seriously. And those who are caught lasing aircraft can face felony charges that come with a stiff five-year prison sentence and a $250,000 fine.

For pilots like Gabe Mourik, laser pointing is an all too familiar activity. Mourik, a supervisory air interdiction agent for the Customs and Border Protection Air and Marine Operations Yuma Air Branch, said it’s a problem he has experienced regularly during night operations. He said most often the source of the laser pointing comes from Mexico, which can make it difficult to identify and prosecute the culprits. Yuma Sector Border Patrol’s Foreign Operations Branch is trying to change that.

Cesar Duarte, the FOB special operations supervisor, said his office works with the Government of Mexico (GOM) to identify laser pointers on the south side of the border. In February, National Guard pilots who were training along the border reported several incidents of laser pointing affecting their pilots, he said.

“They were getting hit several times in a shift and over several days as well,” Duarte said. “They asked [Border Patrol] to get a response from Mexico. [We] contacted GOM authorities and they weren’t able to apprehend anyone in this particular event, but the effort was made.”

Lasing involves illuminating cockpit windows with a handheld laser and the effects of such acts can include temporary pilot blindness lasting from several seconds to several minutes, which can have disastrous effects when piloting an aircraft. Laser exposure whether direct or indirect can also burn the eye, causing permanent damage.

James Schuetzler, director of the CBP Air and Marine Operations Yuma Air Branch, said this has been a problem for his pilots for many years and it is a very serious crime. In fact, it is considered an assault on an agent when it occurs and is treated as such.

Mourik said lasing occurs when he is working/tracking a group that has entered the county illegally and is most likely an attempt to distract him and interfere with the enforcement operations.

“I’m pretty sure the reason they laser us is to get us to move on,” he said.  “It does affect our ability to be efficient.”

Mourik said when he gets hit with a laser, it is easy to identify exactly where it is coming from using the aircraft’s mapping systems.

“We always know where they are coming from,” he said.

This information can be gathered and then forwarded to authorities in Mexico in an attempt to make an apprehension and arrest, which is the ultimate goal for pilots patrolling along the border and the FOB.  Most recently in Texas, U.S. and Mexico law enforcement authorities conducted an operation to identify individuals lasing aircraft along the border. Through the operation, two individuals suspected of lasing aircraft were located in Cuidad Acuña and arrested.

Schuetzler said it is important to work with other agencies to identify offenders and prosecute them for these serious crimes.

According to Duarte, the ultimate goal of working with the GOM is not only to identify and potentially prosecute individuals lasing aircraft, but to stop the act completely.

“Without a doubt they’ll go out and search the area we ask them to,” Duarte said. “We have a strong relationship with the GOM and if we need them to, they would help us out.

“Over the years it has been a concern,” he continued. “We are hoping it doesn’t happen at all as far as lasing, but if it does, that’s our goal [to catch them].”

Read the story at CBP