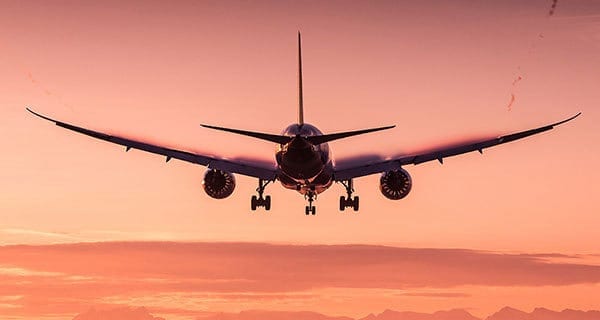 According to the Transportation Security Administration (TSA), the introduction of explosive devices in air cargo shipments is a significant threat.

In 2010, al-Qaeda attempted to conceal explosives in printer cartridges on a U.S.-bound flight from Yemen to Chicago. In July 2017, a terrorist group shipped partially-assembled components of a bomb from Turkey to Australia with plans to detonate the assembled device on a passenger flight.

To mitigate the threat to air cargo operations, TSA is to review the security procedures carried out by all air carriers with U.S.-bound flights and at foreign airports servicing those air carriers. In addition, TSA assesses the commensurability of foreign countries’ air cargo security programs.

The Government Accountability Office (GAO) was asked to evaluate TSA’s progress in assessing and mitigating air cargo security risks. Its report publicly released on November 28 addresses the steps TSA takes to help ensure that U.S-bound air cargo is secure, the status of TSA’s efforts to recognize and monitor foreign governments’ air cargo security programs, and the extent to which TSA measures the effectiveness of its efforts to secure U.S.-bound air cargo.

GAO observed 17 air carrier inspections and found that TSA inspectors consistently followed TSA procedures. Further, GAO’s analysis of TSA data found air carriers were in full compliance with cargo security requirements in 84 percent of the nearly 5,000 cargo inspections conducted during fiscal years 2012 through 2017. TSA officials were able to resolve a majority of the violations identified during the inspection process.

Meanwhile, GAO analysis of TSA data found that about 75 percent of the foreign airport assessments that TSA conducted during fiscal years 2012 through 2017 fully complied with international air cargo security standards. As of the end of 2017, foreign officials had addressed about 40 percent of the non-compliance issues. TSA continues to work with foreign officials to address the remaining non-compliance issues.

As of June 2018, TSA had recognized the national cargo security programs (NCSP) of the European Union and 12 other countries as commensurate with TSA’s, and TSA uses a variety of mechanisms to monitor NCSP implementation. TSA’s process for NCSP recognition, which is voluntary, involves comparing air cargo security requirements to TSA’s and conducting visits to the countries to validate their use. Once TSA determines a program is commensurate with TSA’s, it monitors NCSP implementation through regular air carrier inspections, foreign airport assessments, and dialog with government officials. TSA may decide not to recognize a country’s NCSP but, instead, make recommendations for improving air cargo security. In countries where TSA has not recognized their NCSP, all U.S.-bound cargo is subject to TSA security requirements.

The GAO investigation found however that TSA’s performance measures do not allow it to specifically determine the effectiveness of its efforts to secure U.S.-bound air cargo. For example, TSA measures whether foreign airports take actions to address all noncompliance issues identified during airport assessments, but such a broad measure could obscure progress made in resolving cargo-specific vulnerabilities. Similarly, TSA officials stated that they are developing a measure to gauge the effectiveness of air carrier inspections, but they do not plan to differentiate efforts to secure air cargo from those for securing passengers.

GAO recommends developing and monitoring outcome-based performance measures that separately account for cargo noncompliance issues and violations. These could help TSA better determine the extent to which its foreign airport assessments and air carrier inspections improve the security of U.S.-bound air cargo. In addition, TSA measures the number of countries it has recognized in the NCSP Recognition Program, but this metric does not address the effectiveness of the program. GAO therefore recommends developing and monitoring outcome-based performance measures for the NCSP Recognition Program which would help TSA better determine whether the resources invested are yielding the intended results. TSA has concurred with the recommendations.