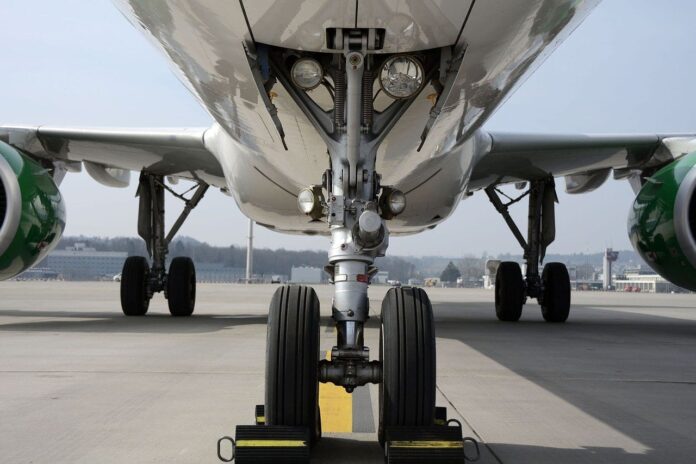 It wasn’t a bird or another plane that grounded a flight from Las Vegas to Portland, Oregon, before takeoff Saturday, but rather a man who got onto the wing, according to police and an eyewitness.

Police arrested Alejandro Carlson, 41, after the man reportedly got onto the tarmac at McCarran International Airport, ran up to an Alaska Airlines airplane and somehow climbed up one of the wings, the Las Vegas Metropolitan Police Department said.

The suspect moved about the wing for nearly 45 minutes before he fell onto the tarmac, Erin Evans, a passenger on the plane, told ABC News.