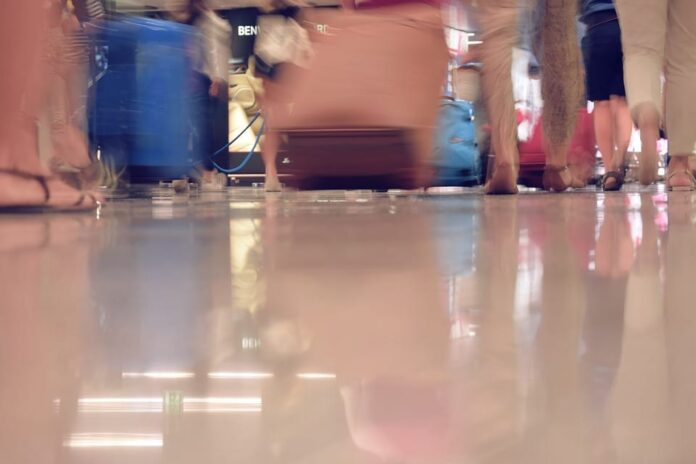 The Transportation Security Administration (TSA) has confirmed that more of its staff have tested positive for the COVID-19 virus.

Most recently, TSA has confirmed that one Transportation Security Officer (TSO) who works at Cleveland Hopkins International Airport has tested positive for the COVID-19 virus. The TSO has been quarantined at home and is receiving medical attention. Checkpoints at Cleveland Hopkins remain open.

On Monday March 16, a statement said a Transportation Security Officer who works at Hartsfield -Jackson Atlanta International Airport had tested positive, is receiving medical care and is quarantined at home.

TSA employees who have come in contact with the officer who tested positive during the past 14 days were alerted about the situation. Security screening checkpoints remain open and the agency is working with the Centers for Disease Control and Prevention and the Clayton County Board of Health to monitor the situation as well as the health and safety of our employees and the traveling public.

Prior to this on Sunday March 15, TSA confirmed that one TSO who works at Fort Lauderdale-Hollywood International Airport had tested positive for COVID-19.

The TSO was already out on leave beginning on March 3 before becoming symptomatic, health officials said no others at the airport would have been impacted. The officer is receiving medical care and screening checkpoints remain open. The agency is working with the CDC, as well as the Florida Department of Health, Broward County office to monitor the situation.

TSA also confirmed on March 15 that a TSO who works at Orlando International Airport had tested positive for the virus. The officer is receiving medical care and all TSA employees they have come in contact with over the past 14 days are self-isolating at home. As at the other airports, screening checkpoints remain open and the agency is working with the CDC, as well as the Orange County Public Health Department to monitor the situation.

The union representing TSOs says TSA is not doing enough to protect officers and the flying public from COVID-19. The American Federation of Government Employees (AFGE), which represents nearly 46,000 TSA officers nationwide, is calling on the agency to increase safety protocols. AFGE also wants TSA to bring in protective equipment. A request which to date TSA has denied, stating that the requested masks are not proven to offer protection against COVID-19.

In the last 24 hours, more TSOs have tested positive for COVID-19, including staff at Newark and John F Kennedy Airports in New York. And on March 19, TSA Administrator David Pekoske said TSOs could use paid “weather and safety leave” for 14 days if they felt uncomfortable coming to work.

This has led to concerns over maintaining checkpoint and screening technology. Clearly, aviation has been restricted so the demand has diminished in terms of passenger throughput, but airports and TSA will need to ensure the paid leave entitlement is not exploited.

This story was updated on March 20 to include the new positive tests and Pekoske’s announcement.