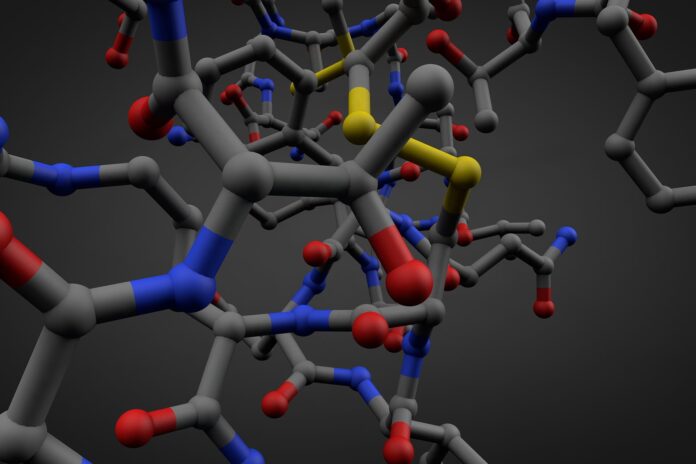 Drawing inspiration from nature, researchers are making polymers with ever-more precise compositions on demand. Using multistep synthesis tools pulled from biology, biochemistry and organic synthesis, a group is reporting that it is developing ultra-high precision synthetic polymers with precisely controlled chain lengths and monomer sequences. The resulting information-containing macromolecules can be deployed for data storage, anti-counterfeiting and traceability technologies.

The researchers presented their results at the American Chemical Society (ACS) Spring 2019 National Meeting & Exposition on April 1. The ACS meeting features nearly 13,000 presentations on a wide range of science topics.

“There are basically two types of polymers,” says Jean-François Lutz, Ph.D. “One type is plastic, which is made by humans. The other type is called a biopolymer, and it is a much more defined molecule. In fact, humans are mostly constructed with polymers — DNA and proteins.”

Conventional chemistry fabrication techniques can produce polymers of irregular lengths and sequences. But, Lutz notes, nature is more precise. There is a huge difference in structural quality between manmade and biological polymers, he explains. “The purpose of our work is to fill in the gap — to make synthetic polymers using biological inspiration.”

Generally, sequence-controlled polymers can be constructed either by chain-growth or step-growth polymerizations. Both approaches can achieve polymer chains of different lengths. However, when different monomers are combined into polymers, they will vary in chain-to-chain composition and sequence. Such polymers are not ideal for applications, such as coding, in which a precise, uniform structure is needed.

Lutz and his group at the Institut Charles Sadron have been working on building synthetic molecules with the same precision and uniformity as biological macromolecules. “We got the initial inspiration from DNA, which is a polymer made with four monomers: adenine, thymine, guanine and cytosine,” Lutz says. “Although DNA is a polymer that codes for the very information that makes us human — an important achievement — it is really not the best structure for many other things. We thought that maybe we could make a polymer that is just as information-rich, but enhance the structure so it could be used for a variety of applications.”

The group constructs its synthetic polymers with fully controlled primary structures using solid-phase iterative chemistry, a process that was originally developed to make peptides, or short bits of proteins. In the last few years, the team has been making precisely tailored polymers for data-storage applications. In these polymers, each monomer or subunit stands for a specific piece of information. So far, the researchers have created tiny data storage devices made of layered sequence-coded polymers. Recently, they also have studied the crystallization of coded synthetic polymers and observed that the molecular bits that they contain occupy much smaller volumes than do the nucleotides in DNA. “Abiotic sequence-coded polymers are now well beyond proof-of-concept,” Lutz says. “We were the first group. Now it is a trend or field in polymer chemistry.”

Lutz believes that within the next 10 years, his group will bring anti-counterfeiting and traceability technologies using their precisely tailored polymers to market. Counterfeiting of medical devices is a significant problem. The World Health Organization estimates that more than eight percent of the medical devices in circulation are counterfeits. Lutz’s group is building and inserting sequence-defined polymers in medical devices like ocular implants. The polymers can be extracted later and identified by tandem mass spectroscopy.

“When you can store code in a molecule, you can imagine that with a single molecule you can write something, such as the name of a company, a batch number or production date,” Lutz says. “You have a molecule that you can directly blend with various materials, such as plastics or ceramics. We could put the molecule in the screen of a smartphone, a medical device or an implant in the body. We could even put it in a pricey luxury bag.”