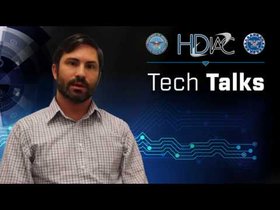 3D printers can manufacture items with practically no waste using minimal materials based off a simple computer-aided design, or CAD, file. Highly versatile, 3D printers can print virtually any item, including cars, lawn mowers, office buildings and even weapons. This advancement changes the highly regulated arms manufacturing industry by making “homemade” weapons available to any number of individuals around the world.

Because CAD files of weapon designs and the 3D printers used to make them are unregulated and widespread, 3D printed weapons are becoming more available to the public. As unregulated access to 3D printers, materials and digital files grow, “homemade” 3D weapons will likely proliferate. Because of these factors, 3D printed weapons will likely create new challenges in countering domestic terrorism, as any motivated individual in possession of a 3D printer could create a weapon capable of doing significant damage.

Once given a specific CAD file and appropriate printing materials, 3D printers are virtually self-run and do not require technical guidance throughout the manufacturing process. Due to the widespread availability and ease of access to CAD files, risks from emerging 3D printing technologies are significant. First, this technology allows for the construction of weapons with minimal use of metal components. This is problematic because these 3D printed weapons circumvent detection methods designed to detect conventionally manufactured arms, which are comprised of metal.

Because the CAD files used to manufacture these weapons are uploaded to file sharing sites with little to no government regulation, accessing these files is very simple. The widespread and open nature of these CAD design files makes manufacturing a 3D printed weapon more attainable to individuals who would otherwise have difficulty acquiring/manufacturing weapons through traditional machining techniques.

While using a 3D printer to create weapons is still a relatively nascent idea, the proliferation of 3D printing technology in other sectors has pushed major advancements in this technology. The range of available weapons has grown significantly since the first printed weapon, a .380 caliber single shot pistol. Since then, a .22 caliber single-shot pistol, a .22 caliber derringer revolver, a .22 caliber long rifle semi-automatic firearm, a metal M1911 semi-automatic pistol and a .38 caliber revolver have all been printed, with a wider range of weapons likely to come.

The use of more diverse materials in 3D printed guns is a likelihood going forward, especially considering the novel development of a spaceborn 3D printer that can construct buildings using lunar soil.

Mitigating the risk of an individual using a 3D printed weapon to carry out a terrorist attack is crucial. One mitigation strategy involves controlling distribution of CAD files used to construct these “homemade” weapons. In 2015, the State Department prohibited uploading technical data related to creating a weapon, citing this act as a violation of the International Trade in Arms Regulations. While making distribution of weapon CAD files illegal is a step in the right direction, anonymous users across the globe can still upload and download these technical files.

Another mitigation strategy in development involves physically detecting 3D printed weapons. Upcoming technology uses radar coupled with a pattern recognition software to determine the presence of weapons in luggage. Instead of traditional X-ray detectors, which can usually only highlight metal weapons, this new technology will identify individual items such as a 3D printed gun.

By anticipating the trajectory of this growing technology, we will be able to prevent instances of “homemade” 3D printed weapons being used in an attack on the homeland.

This article is reprinted by permission of the Homeland Defense and Security Information Analysis Center, a Department of Defense-sponsored organization. The purpose of HDIAC is to leverage the best expertise from industry, other government agencies and academia to solve the government’s toughest scientific and technical problems.