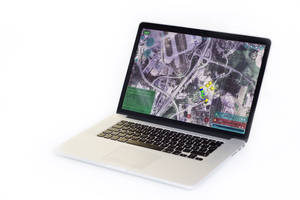 Anti-drone company, Sensofusion, is set to protect Denver International airport later this year with its AIRFENCE technology, which the company said “could have big implications for homeland security.”

Sensofusion has already demonstrated AIRFENCE for NATO, the Federal Aviation Administration (FAA), NASA and others federal agencies how AIRFENCE is tracking, disabling and tracing the signal source of drones in Finland.

“Take our current work in Helsinki, Finland, as a concrete example,” Sensofusion vice president of Operations Kaveh Mahdavi told Homeland Security Today. “We are protecting airport, police and government buildings and collecting critical data to help law enforcement in that region do their jobs. Additionally, we are working with a smart city platform provider to create a seamless stream of data sharing with local law enforcement. In fact, we just hosted a major event this week in Helsinki bringing together key government stakeholders from multiple countries around the world in the fields of aviation, military, police and public safety. The leaders who gathered are interested in learning more about how we are mitigating risks in Finland and they met with the officials there who are benefiting from AIRFENCE’s protective measures.”

AIRFENCE has been designed with over 3 years of military testing with real world tactical scenarios. At it’s core, it can automatically detect, locate, track and take over UAV controls all on full auto. In addition, AIRFENCE can locate the operator with pin point accuracy in real time, the company said, noting that, “Several large organizations are already using our technology or doing research with us. AIRFENCE is used to protect various customer sites in Europe, including prisons, high profile government buildings, police and military sites.”

AIRFENCE is capable of showing the real time location of detected UAV’s on a maps which can be configured for offline access.

In May, the FAA signed Cooperative Research and Development Agreements with Sensofusion, Gryphon Sensors and Liteye Systems Inc.

Association for Unmanned Vehicle Systems International President and CEO Brian Wynne said in a statement, “The collaboration between these companies and the FAA is another example of government-industry cooperation and is an important step towards the safe integration of UAS into the national airspace. Equipping airports with technology that can detect, track, and identify UAS that are flying unsafely or in restricted areas will help ensure the safety of the airspace for all aircraft — manned and unmanned.”

“Sensofusion protects sensitive locations from unarmed aerial vehicles UAVs through detection, tracking and countermeasure/mitigation of those UAVs. We work with airports, prisons, police, government buildings, military, VIPs and other groups in need of this type of security,” Mahdavi said, adding that, “Our AIRFENCE technology is capable of forcing UAVs to land in a predefined location or of sending them back to a home position, a critical countermeasure that protects from any malicious activities an operator has planned for that vehicle.”

“When it comes to homeland security in the broadest sense, Sensofusion integrates multiple ‘listening’ technologies with location-based technologies to help secure ‘smart’ cities. Our technology collects data in real time and allows us to use predictive analytics to determine what may happen in a given area,” Mahdavi said. “We would essentially be the hardware and software that collects real-time data in a smart city. Our physical footprint is smaller because we require fewer sensors — and we have the ability to get our system online and running in only a couple of weeks."

Mahdavi explained, “Here’s a scenario that illustrates how we can help protect in the event of a security threat: let’s say that there’s a person flying an unidentified drone in a space our sensors cover. Using our advanced technology, our AIRFENCE technology can detect that drone and the cellphone in that person’s pocket. In this scenario, we would collect MAC addresses (unique identifiers for that computer) and store them as an event in our system. The data points — the drone and the cellphone — connect to create an event in our system.”

“With the right infrastructurein place, we can track and begin tagging events. And with our technology, we don’t even need a sensor in every corner of an area to be effective. Because of our high range of detection, we need less physical hardware in place. That saves time and money for the governments and organizations we work with,” Mahdavi said.

Mahdavi concluded, saying, “Sensofusion’s technology can also be impactful in the event of something large like an explosion, or even something as small as a gunshot. With the right sensors placed, we can actually use our radio frequency technology to collect cell phone MAC addresses of anyone standing in a given area when the event takes place. From there, local law enforcement would have a small pool of people who were in the area who might have witnessed a crime and/or have been the instigators. Gunshot detection technology is already being used in Camden, New Jersey and around some college campuses, and wesee this as a logical next step for a smart city.”