Americans’ Concern about Islamic Fundamentalism at Highest Level Since 2002 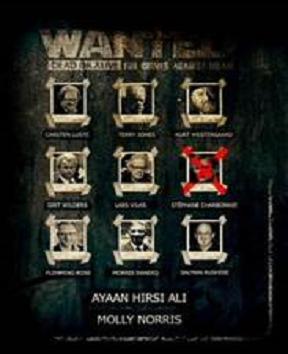 Perhaps it shouldn’t be a surprise that the percentage of Americans who perceive a threat from Islamic fundamentalism is at its highest level since 2002, according to new survey data from The Chicago Council on Global Affairs.

Homeland Security Today reported last week that House Committee on Homeland Security Chairman Michael McCaul released a “terrorism snapshot” disclosing that, “There have been more US-based jihadist terror cases in 2015 than in any full year since 9/11. The number of US terrorist cases involving homegrown violent jihadists has gone from 38 in July 2010, to 124 today—more than a three-fold increase in just five years.”

The jihadist threat in the US “is high and has escalated dramatically this year,” the committee’s snapshot revealed.

According to the survey, ISIS Successful in Raising US Public Fears about Terrorism, authored by Dina Smeltz, senior fellow, public opinion and foreign policy at the Chicago Council on Global Affairs, that because of “the rise of the Islamic State and continued threat from related groups in the Middle East, public concern about Islamic fundamentalism has increased 15 percentage points since 2014 (to 55 percent viewing it as a critical threat now), the highest level since 2002 survey results (the first Chicago Council Survey fielded after the September 11, 2001 attacks).”

The surveyed indicated they believe there’s a “critical threat” from Islamic fundamentalism.

At the same time, however, Smeltz wrote, “while American concern about terrorism has increased since the 2014 Chicago Council Survey, it remains lower than levels recorded in 2010 and prior. Americans rate the top threats facing the United States as the possibility of violent Islamic extremists groups carrying out a major terrorist attack in the United States (72 percent a critical threat) and international terrorism (69 percent), along with the rise of violent Islamic extremist groups like ISIS in Iraq and Syria (64 percent).”

“By comparison,” Smeltz said, “Americans regard only the threat of cyberattacks against US computer systems (69 percent) as comparable to that posed by terrorism. Concerns about nuclear proliferation (59 percent) and Iran’s nuclear program (57 percent) remain high, but no greater than they were in 2014.”

Perhaps more disturbingly, “For the most part, Americans tend to believe the US government is ‘very’ or ‘somewhat’ prepared for terrorist threats (in every case,more say somewhat than very),” the survey found, noting, “Solid majorities believe the United States is at least somewhat prepared to deal with international terrorism (64 percent) and a major terrorist attack in the United States (63 percent). But narrower majorities say the United States is prepared to deal with the continuing conflict in Syria (53 percent), Islamic fundamentalism (52 percent) and the rise of Islamic extremist groups in Iraq and Syria (52 percent).

Smeltz’s analysis of the survey is based on data from the 2015 Chicago Council Survey of the American public on foreign policy. The 2015 Chicago Council Survey was conducted by GfK Custom Research using their large-scale, nationwide online research Knowledge Panel between May 25 and June 17, 2015, among a national sample of 2,034 adults, 18 years of age or older, living in all 50 US states and the District of Columbia. The margin of error ranges from ± 2.2 to ± 3.1 percentage points depending on the specific question, with higher margins of error for partisan subgroups.

“Americans continue to support military action to combat terrorism, with either increasing or stable backing since May 2014 (before the Islamic State emerged in headlines after their first series of videotaped beheadings),” Smeltz found. “Three quarters or more now support US air strikes against terrorist training camps and other facilities (77 percent, up from 71 percent in 2014), using drone strikes to assassinate individual terrorist leaders (76 percent), and assassinations of individual terrorist leaders (73 percent, up slightly from 70 percent in 2014).”

“A smaller majority,” Smeltz said, “supports attacks by US ground troops against terrorist training camps and other facilities (60 percent, up from 56 percent in 2014). While six in ten also endorse providing military assistance to Arab governments to combat violent Islamic extremist groups (58 percent), somewhat fewer favor keeping some US troops in Afghanistan beyond 2016 for training and counterterrorism (54 percent).”

Americans also “seem braced to withstand anti-terrorist operations in the Middle East lasting a few years: 73 percent of the public expect the military action against ISIS to last longer than three years (19 percent say 1-3 years, and only 4 percent say it will take less than a year).”

McCaul’s Terror Snapshot released last week stated, “ISIS is fueling the Islamist terror wildfire across the globe at unprecedented speed. As of the end of August, the group has inspired or directed 57 terror attack plots against Western targets, including 15 in the United States. A recent train attack in France would have been a mass-casualty attack had it not been for an alert group of Americans. There have now been nearly twice as many ISIS-linked attack plots against the West this year (37) as there were in all of 2014 (20).”