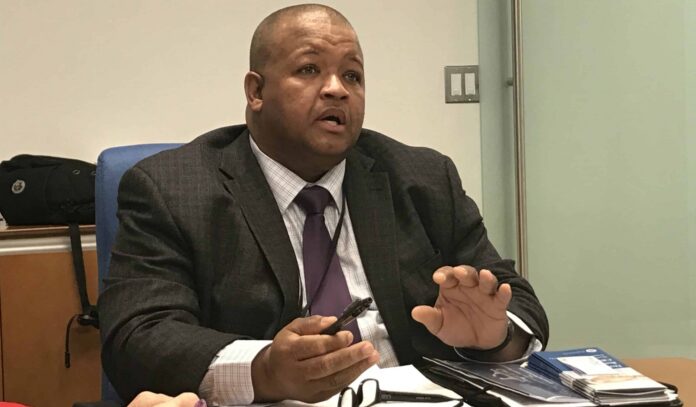 For Homeland Security Today’s Small Business series, we interviewed Milton Slade, Industry Liaison for U.S. Customs and Border Protection. Slade, who promoted from a contract specialist to industry liaison, has been serving in this position since 2016. He served for the U.S. Air Force for 20 years, and on the weekend it’s fishing and Maryland crabs! Industry liaisons were created at the U.S. Department of Homeland Security to improve the information sharing and points of contact for companies wanting to do business with the agency. Liaisons at CBP can be reached at (202) 422-5244 or PROCUREMENT-IPOP@cbp.dhs.gov

HSToday: So when you were little were you, like, I want to be an industry liaison with CBP?

Milton Slade: Like many young children, I had high aspirations of becoming someone that had a great impact on society. For me, I had an affection for the Lone Ranger (laughs) and the fight against wrongdoings. I was off the mark by a long shot. In my teens, I had a teacher that encouraged me to take typing. He was also in charge of Future Business Leaders of America (FBLA); therefore, my interests became piqued in the areas of business and law.

HSToday: How did you end up at CBP and how do you like it?

Slade: During transition from the United States Air Force, I was fortunate enough to have met Mr. Samuel Short, one of the Acquisition Procurement Careers Program Managers (APCP) and he raved about this program. The conviction in his voice and sincerity in his demeanor on the program was compelling so I took the leap. One of my rotations was at CBP and I had the good fortune of returning at the end of the program. Working for CBP has been one of the most rewarding highlights of my life, far beyond what a local boy had imagined for himself.

CBP is always evolving and the essence of change is constantly a stir. That makes some a little uneasy; for me, it is the recipe for success. We (CBP) have some of the most motivated, passionate leaders at all levels that you can’t help but be involved. In short, my time at CBP has been an amazing journey.

HSToday: What are the priorities for your office with all the activity around the wall, the politics, and the increased contracting activity?

Slade: We are committed to finding the best solutions in border technology and have several programs that support the initiative. The political aperture throughout CBP is the same as any organization. You have a mission and you follow the directives! With the furlough and CR being a highlight as of late, spending has not been the same as in past years; however, we are encroaching on third quarter and we will be busy.

HSToday: Should small companies try and sell their wares at CBP?

Slade: Small companies should first consider if they have the bandwidth to be competitive in a component as unique as CBP. Far too often, I meet with companies that forget that CBP has a footprint almost anywhere you can imagine. Small businesses have to look beyond the 200 miles where they are located. We are always looking for capable businesses at every level, but they should have a good sense of the market. This is something that our small-business office will be able to communicate.

HSToday: Where do you think they should focus or, rather, what types of companies are you looking for?

Slade: They should focus on the primes that are on our Strategic Sourcing vehicles and inquire about subcontracting opportunities or mentor protégé opportunities. We have several components and each one has its own set of responsibility as well as best approach for entry.

We look for companies that show that they are exceptional in what they do or provide. On paper, so many companies look the same and say much of the same things, so it can be difficult at times in level of separation. Based on that, our office spends a large amount of time meeting with companies.

Slade: “The Color Purple,” for so many reasons. It’s a great reminder of going south to visit my grandparents. For those that know the sound of rain on a tin roof, the dust of the dirt roads, seeing food cooked on or in a wood stove, they can relate. As an adult, I now see that it was such deep and enriching time in my life. To everyone else, it’s just a movie.

HSToday: What’s the biggest pet peeve in your job?

Slade: My biggest pet peeve in life is punctuality! In my job, it is amplified times two. Being on time is an indication that you are prepared and enthused about what is to come. To be early is on time and to be on time is late.

HSToday: What’s your favorite part of your job?

Slade: The people, by far, are what makes my days the best. Too many of us take for granted that we will be able to educate, say a kind word, or do a good deed the next day. I’m a big advocate in seizing the moment.

My job allows me to see the big picture from an agency perspective and interact with diverse groups. The learning and dissemination of information is so rapid that it keeps me on my toes.