Calexico is the third busiest border crossing within the San Diego Field Office, which covers the six land border crossings between California and Mexico. 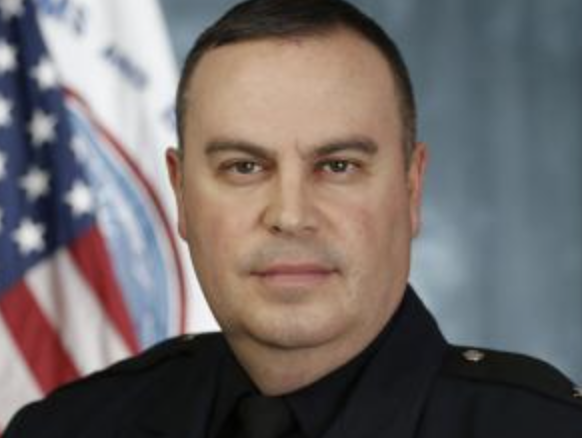 U.S. Customs and Border Protection has announced the appointment of a new Port Director at the Calexico Port of Entry, Roque Caza.

“I am excited and humbled to lead the men and women at the Port of Calexico, and I look forward to working closely and collaboratively with our local stakeholders to ensure the region remains prosperous while also protecting the public we are proud to serve,” said Port Director Caza.

The Calexico Port Director oversees all operations, budget, personnel, and enforcement at two passenger processing crossings, a small private air facility and one commercial crossing, located between Calexico and Mexicali, Mexico. CBP Officers at the two Calexico passenger crossings process over 5.7 million vehicles and 11.4 million travelers annually, while providing safety and security at the border, stopping illegal activity. Port Director Caza will also oversee the Andrade port of entry, located between Winterhaven, California and the city of Algodones, Mexico. Algodones, Mexico is known as a popular border town destination for medical tourism for residents of the United States and Canada.

Calexico is the third busiest border crossing within the San Diego Field Office, which covers the six land border crossings between California and Mexico.  The ports within the San Diego Field Office are responsible for seizing approximately half of all fentanyl and half of all methamphetamine seized by CBP nationwide, and about 45% of all heroin. CBP officers at Calexico also routinely stop and process individuals inadmissible to the U.S., with CBP officers throughout the San Diego Field Office stopping and processing 60,721 inadmissible persons in fiscal year 2022 through June.  In addition to facilitating legitimate travel into the U.S., stopping illegal narcotics at the border, and stopping and processing inadmissible persons without legal status to enter the U.S., CBP officers enforce hundreds of laws for more than 40 different government agencies at the border, including agriculture restrictions, customs law, apprehending fugitives with active warrants, and more.

“Mr. Caza is a strong, proven leader that will serve us well as the Port Director in Calexico,” said Anne Maricich, Acting Director of Field Operations for CBP in San Diego.  “We look forward to how Port Director Caza will use his experience as he takes on this new role to support our mission to keep legitimate trade and travel flowing while securing the U.S. border.”

PD Caza began his career in 2000 with the former U.S. Customs Service at the Port of Nogales, Arizona, where he served in several inspectional environments and specialized assignments, including tactical operations, cargo, and rail enforcement and ultimately as a Supervisory CBP officer. Mr. Caza also served as the Acting Port Director and as an Assistant Port Director at the Port of San Luis, Arizona, in which he implemented policy, integrated planning, executed a budget, and prioritized resources for major land port of entry operations, providing direction to over 240 personnel.

Prior to his assignment as Port Director, Roque Caza served as the Director of the U.S. Customs and Border Protection (CBP) Counter Network Division (CND) within the National Targeting Center (NTC) in Sterling, Virginia. In this role, he led CBP’s strategic and operational efforts to organize a comprehensive, integrated, and multidisciplinary approach against transnational threat networks. He previously served as the Assistant Director within CND, ensuring policies were in place and appropriate resources were allocated to support CBP’s counter-network mission and aligned with broader U.S. government and foreign partner efforts.